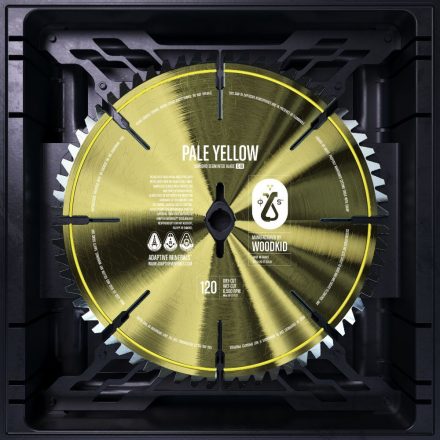 Named one of TIME Magazine’s Best Songs of April, Woodkid’s “Goliath” single raised real questions about individual and collective responsibility in the world we create every day. Woodkid returns with his newest offering: “Pale Yellow,” this time questioning the notion of intimacy and the inner struggle of escaping addiction, drawing on the strength of body and mind to react and overcome a difficult situation.

Woodkid a/k/a Yoann Lemoine adds, “If Goliath, the first single from my new album, summons the massive, the titanesque, Pale Yellow is more about the machine inside, the inner monster. This is a song about the shape of chemical addiction and the power of resilience against self-destruction.”

“Pale Yellow” is the second song to be released from Woodkid’s forthcoming sophomore album. The new album will end a 7 year stretch since his highly acclaimed first album THE GOLDEN AGE (800K sold worldwide, Platinum certified in both France and Germany, 200 shows around the world, 2 Grammy nominations and one French music academy award to name a few). “Goliath,” the first single from the new album was released April 24 to worldwide acclaim, and was visually realized by Woodkid in collaboration with Adaptive Minerals in a video that has been viewed more than 2 million times.