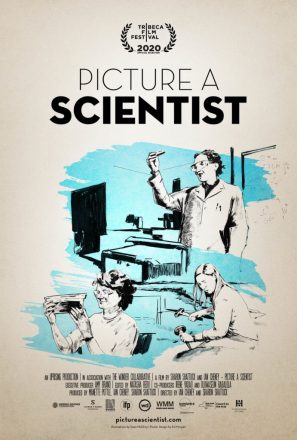 Workplace harassment and discrimination couldn’t possibly exist within the sciences—right? After all, professionals who’ve earned PhDs have reached the top of their respective fields because they share an elite level of intelligence and expertise. In theory, such exclusivity suggests that accomplished scientists, whether male or female, have cemented their individual worth through inarguable mastery. But that’s not the reality. Women’s half of the science equation isn’t any different than other industries, marred by the same harassing male colleagues and imbalanced statistics seen all over the news.

PICTURE A SCIENTIST opens the laboratory doors to confront the largely under-reported struggles endured by women scientists through candid sit-downs with a geologist, a chemist, and a retired biologist. As alarming as it is enlightening, Sharon Shattuck’s crucial documentary uses its interview subjects’ candid anecdotes as fuel for much-needed change. PICTURE A SCIENTIST delivers empowerment and hope by showing how these women are fighting for the equality and respect they deserve, based not only on their professional achievements but also their basic human rights.