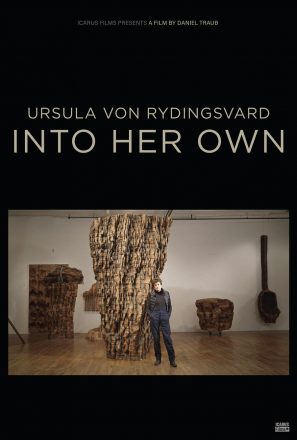 RSVP
Art Films presents a FREE virtual live screening of URSULA VON RYDINGSVARD: INTO HER OWN onWednesday, June 17th @ 7:00pm, followed by a post-film discussion with the film’s subject Ursula Von Rydingsvard, director Daniel Traub & Oolite Arts President Dennis Scholl.
URSULA VON RYDINGSVARD: INTO HER OWN is an artistic biography of one of the few women in the world working in monumental sculpture. Von Rydingsvard’s work has been featured in the Venice Biennale and is held in the collections of some of the world’s great museums, including New York’s Museum of Modern Art, the Art Institute of Chicago, and the San Francisco Museum of Modern Art. But she may be best-known for work in public spaces – imposing pieces painstakingly crafted with complex surfaces.