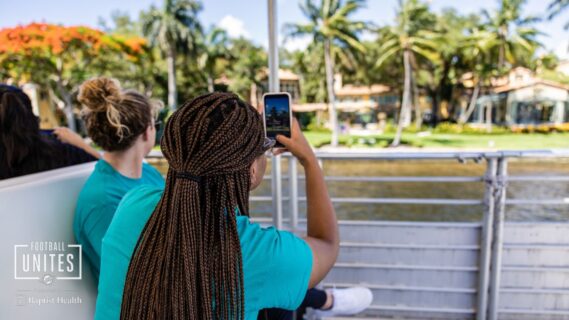 The Miami Dolphins in collaboration with HistoryMiami Museum and the Greater Miami Convention & Visitors Bureau (GMCVB) hosted its fourth series of the Football UNITES™ Cultural Tours presented by Baptist Health.

The five tours scheduled throughout the off-season worked to engage Miami Dolphins players, cheerleaders and staff with diverse community groups through an exploration of Broward and Miami-Dade County’s historic neighborhoods in an effort to create cultural experiences and understanding of the history and development of South Florida.

This was followed by a visit to Coconut Grove and the E.W.F Stirrup House on Tuesday, June 28. The Miami Dolphins Cheerleaders joined by theJason Taylor Foundation Flo’Writers and North Miami PAL participated in a walking tour to understand the cultural Bahamian influence on the development of “the Grove” and learned about origin, music and costume evolution of the Bahamian Junkanoo tradition.

Later that week on Thursday, June 30, Football UNITES™ partnered with Dolphins DT Zach Sieler and the Sieler Safe Haven Foundation and were joined by Big Brother Big Sisters Broward, Big Brother Big Sister Miami-Dade, Generational Cure and Urban League Broward County on a tour of the Seminole Reservation and the Ah-Tah-Thi-Ki Museum. There, participants learned about the history of the Seminole Tribe, its storied past and the indigenous significance of the preserved Seminole land.

For its fourth tour of the series, Miami Dolphins staff joined Football UNITES™ community partners Israel in Miami, Mission Continues, North Miami Beach PAL and Special Olympics Florida on a boat tour though Stiltsville and Biscayne Bay to learn about its historic and cultural significance to Miami’s evolution on Tuesday, July 12.

The Dolphins concluded the series with an exploration of Fort Lauderdale’s New River and its Intracoastal to learn about its cultural importance to the area’s development on Wednesday, July 21. Football UNITES™ community partners that attended included City of Miami Gardens Police and Trayvon Martin Foundation.

The Miami Dolphins Football UNITES™ presented by Baptist Health program strives to connect the intersections of the community to create a more inclusive South Florida. With a network of more than 50 community partners and allies, Football UNITES™ works as a collective to focus on improving relationships, fostering understanding and experiencing culture in way that will ignite positive change. 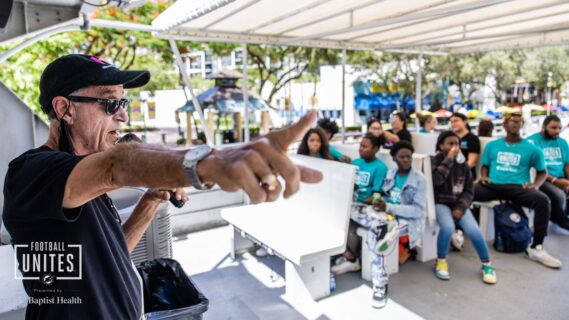 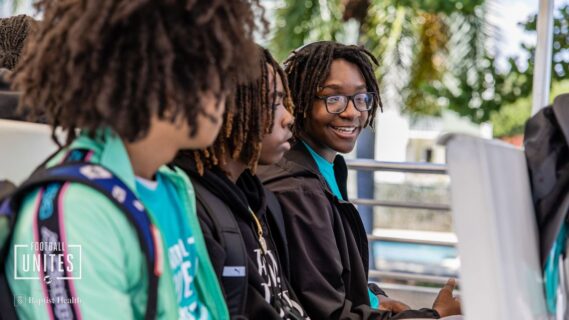 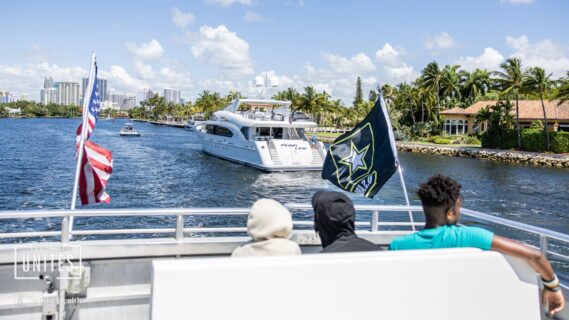 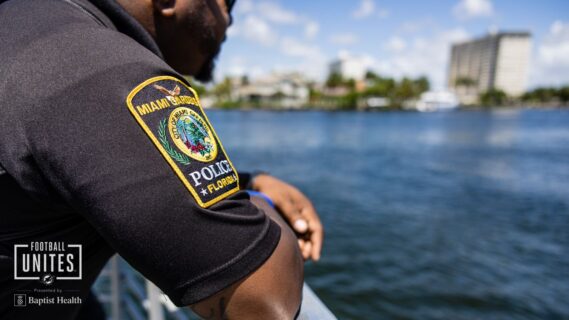 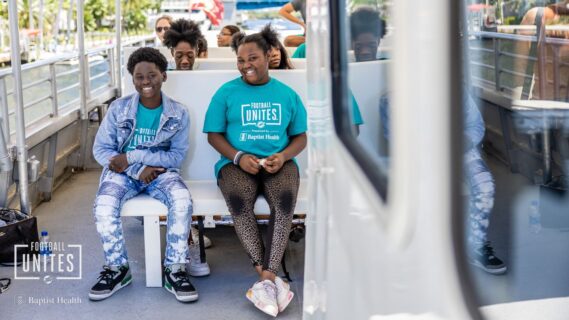 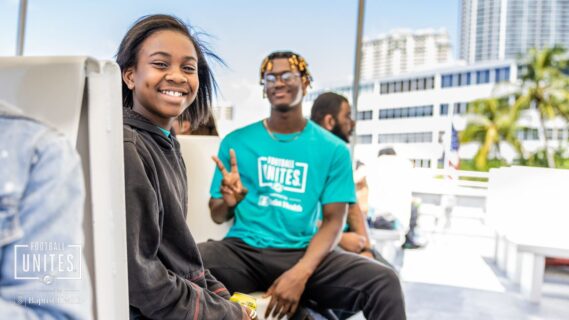