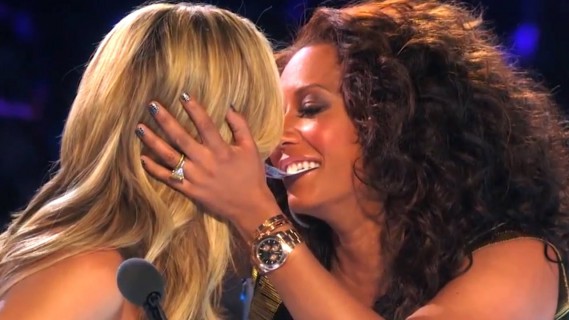 Mel B. of America’s Got Talent
Judge

“America’s Got Talent,” NBC’s top-rated summer series from producer Simon Cowell’s Syco Television and FremantleMedia North America, returns this summer with the hottest performers from across the country ready to compete in the blockbuster reality show’s eighth season. The live shows again will originate from the New York tri-state area. This year, high-octane entertainer and former Spice Girl Mel B. joins supermodel, designer, producer and TV host Heidi Klum as the newest judges. They’ll take their seats alongside comedian, TV host and producer Howie Mandel and outspoken radio personality and author Howard Stern. This marks the first time that a fourth judge has been added to the panel. Actor, producer and comedian Nick Cannon returns as host.

Melanie Brown, best known to audiences as Mel B of the Spice Girls, is a chart-topping musical artist, actress, author, television personality and groundbreaking entrepreneur.

Mel B joins the judging panel for the eighth season of “America’s Got Talent,” NBC’s top-rated summer reality competition series that brings the variety format back to the forefront of American culture.

Mel B just returned from Australia where she appeared on the record-breaking show “The X Factor” for two seasons as one of the four judges and was co-host of one season of the Australian version of “Dancing with the Stars.”

In 2010, along with her husband and children, she also starred in a reality series for Style Network called “Mel B: It’s a Scary World,” which let viewers get to know the family and see how Mel manages a multifaceted career, raises a family and still finds time for her husband. Mel also appeared as the volcanic personality and red-hot presence driving “Peep Show,” the sensual, sophisticated and sly spectacle redefining Las Vegas at Planet Hollywood Resort and Casino. She was also on season five of the ABC hit series “Dancing with the Stars,” where she came in second place with her partner, Maksim Chmerkovskiy. On Broadway, she headlined as Mimi in a major production of “Rent” and appeared in a presentation of “The Vagina Monologues.”

Mel B’s brash persona was at the core of the Spice Girl’s global success, racking up worldwide record sales of $55 million, a Guinness Book of World Records status for “Most No. 1 Entries in the U.K. Charts,” and “Most Consecutive No. 1’s for a New Act.” The group’s enduring popularity brought about one of the most successful concert tours of 2007-08 with the reunion trek grossing more than $70 million. In 2012, the Spice Girls reunited for a performance at the 2012 Summer Olympics closing ceremony and for the premiere of “Viva Forever: The Musical.” Based on the songs of the Spice Girls, the musical that was written by Jennifer Saunders and produced by Judy Cramer is currently playing in the West End at the Piccadilly Theater.

NBC Entertainment develops and schedules programming for the network’s primetime, late-night, and daytime schedules. NBC’s quality programs and balanced lineup have earned the network critical acclaim, numerous awards and ratings success. NBC has earned more Emmy Awards than any network in television history. NBC’s roster of popular scripted series includes the critically acclaimed “Parks and Recreation” and “Community,” as well as new comedies “The Michael J. Fox Show,” “Sean Saves the World” and “About a Boy.” NBC’s drama slate is highlighted by the buzzworthy new series “The Blacklist,” “Ironside” and “Crisis,” veteran series “Law & Order: Special Victims Unit,” “Parenthood” and “Grimm,” and the acclaimed recent additions “Chicago Fire” and “Revolution.” Unscripted series for NBC include the vocal competition hit “The Voice” as well as “The Biggest Loser,” “The Celebrity Apprentice” and the perennial #1 most-watched summer series, “America’s Got Talent.” 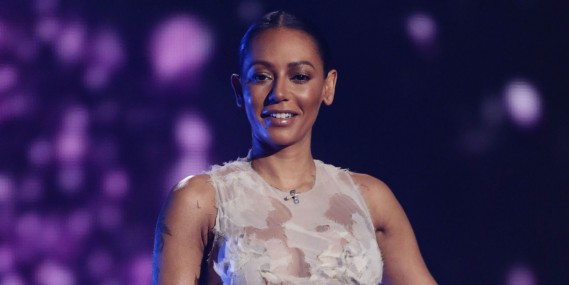 Do you find judging difficult at times?

Mel B.: Yes, it’s really hard to kind of choose, so you just have to go with a majority, and when three of the judges say no and one says yes, unfortunately they get cut, which always sucks. It just does.

Is there an eliminated contestant who you would bring back?

Mel B.: Well you know what? I think because we’ve only just started with the live shows, so we’ve only been reminded of the 12 people that we’ve put through out of 60, but I think as each week goes by, I think that America will be able to decide for themselves who they want to bring back more so than us. We’ve already kind of done our bit by getting it down to 60. You know what I mean?

Do you find Robin Thicke sexy?

Obviously having a successful music career and being a Spice Girl, how do you think you guy have been prepared to judge?

Mel B.: I mean, I don’t think I could have answered that better myself. I definitely think traveling helps a lot because you know, whenever I travel I always get to go to a show, whether it be on Broadway – I think any kind of theater show, and having lived in Vegas and done my own show there…I definitely have been part of the entertainment world just helps you be able to judge, and justifies why your opinion’s valid. And it was a very sexy show. I love that.

Did you know each other before doing this show, or did any of you meet for the first time on America’s Got Talent.

Howard Stern has taken some digs at you and the Spice Girls. How are you going to get him back?

Mel B.: It’s not a case of getting anyone back. I’m just going to make sure that my judging is on point and I’m sitting pretty. That’s my revenge tactic.

Mel B.: I have a very secret talent that I cannot share with you, very X-rated. I actually don’t have another talent. That’s why I’m a singer.

You’ve done hosting over in Australia for talent competitions. What kind of differences do you see in doing judging over in America, whether it be like audience reaction or just even the talent you see, as opposed to Australia?

Mel B.: I think that is the biggest thing, is that you don’t even know what to expect from the stage. You don’t know if it’s going to be a danger act, a magician, a singer, somebody who runs a little trike or bike. I mean, it literally is across the board, varied talents.

Is it hard to be critical for an act you’re not familiar with?

Mel B.: Entertainment is entertainment, no matter what it is, so it’s really kind of easy to judge for me because I’m an entertainer, and I like to be entertained, so it doesn’t matter what the act is, as long as it keeps my attention. It can be as diverse as watching a ballet dancer, or watching somebody with a bunch of TVs on stage making mad, crazy patterns. It all really depends – is it entertaining? That I my #1 thing.

Which act do you think has shown the most growth so far – their state performance, or just their overall act?

Mel B.: I know that Howie was prancing. Oh, mine was a city and I chose New York. One of my favorites was Television, but they didn’t make it through. I thought they really stepped up their game from the very first audition to then the Vegas audition and then to New York. I thought that they were brilliant, but not everybody agreed with me, and that’s just what happens. They didn’t make it through.

What in your mind do you think this show gives these acts that they wouldn’t have without it.

Mel B.: Oh, my God, they get exposure to 15 million people each week, and they get to experience performing in front of 6000 people right there live, and the a whole – people watching at home. They get complete exposure, and they get an experience of what it actually takes to perform live and deliver.