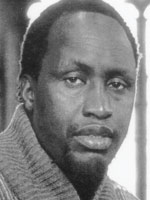 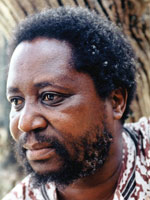 Ngugi wa Thiong’o, currently Distinguished Professor of English and Comparative Literature at the University of California, Irvine, was born in Kenya, in 1938. The Kenya of his birth and youth was a British settler colony (1895-1963). As an adolescent, he lived through the Mau Mau War of Independence (1952-1962), the central historical episode in the making of modern Kenya and a major theme in his early works. Ngugi burst onto the literary scene in East Africa with the performance of his first major play, The Black Hermit, at the National Theatre in Kampala, Uganda, in 1962, as part of the celebration of Uganda’s Independence. In 1967, Ngugi became lecturer in English Literature at the University of Nairobi. During his tenure at Nairobi, Ngugi was at the center of the politics of English departments in Africa, championing the change of name from English to simply Literature to reflect world literature with African and third world literatures at the center. The year 1977 forced dramatic turns in Ngugi’s life and career. Ngugi was arrested and imprisoned without charge at Kamiti Maximum Security Prison at the end of the year, December 31, 1977. An account of those experiences is to be found in his memoir, Detained: A Writer’s Prison Diary (1982). It was at Kamiti Maximum Prison that Ngugi made the decision to abandon English as his primary language of creative writing and committed himself to writing in Gikuyu, his mother tongue. In prison, and following that decision, he wrote, on toilet paper, the novel, Caitani Mutharabaini (1981) translated into English as Devil on the Cross, (1982). After Amnesty International named him a Prisoner of Conscience, an international campaign secured his release a year later, December 1978. His next Gikuyu novel, Matigari, was published in 1986. Thinking that the novel’s main character was a real living person, Dictator Moi issued an arrest warrant for Ngugi’s arrest, but on learning that the character was fictional, he had the novel “arrested;” instead. Undercover police went to all the bookshops in the country and the Publishers warehouse and took the novel away. So, between 1986 and 1996, Matigari could not be sold in Kenyan bookshops. The dictatorship also had all Ngugi’s books removed from all educational institutions. In exile, Ngugi worked with the London based Committee for the Release of Political Prisoners in Kenya, (1982-1998), which championed the cause of democratic and human rights in Kenya. In between, he was Visiting Professor at Byreuth University (1984); and Writer in Residence, for the Borough of Islington, London (1985) and took time to study film, at Dramatiska Institute, Stockholm, Sweden. When he and his wife, Njeeri, returned to Kenya in 2004 after twenty-two years in exile, they were attacked by four hired gunmen and narrowly escaped with their lives. Ngugi has continued to write prolifically, publishing, in 2006, what some have described as his crowning achievement, Wizard of the Crow, an English translation of the Gikuyu language novel, Murogi wa Kagogo. Ngugi’s books have been translated into more than thirty languages and they continue to be the subject of books, critical monographs, and dissertations.

Chenjerai Hove does everything in his creative arsenal to reign down the struggles that are bleeding his native Zimbabwe’s true beauty. He has made it his life’s work to write and educate the world about his beloved homeland and bring to light the shadowy corruption, abuse and torture by the country’s despotic government. He is a founder of the Zimbabwe Writers Union, the Zimbabwe Human Rights Association (Zimrights) and a co-founder of the Zimbabwe International Book Fair, serving on its board for nearly 10 years. He has lectured on the craft of writing as well as social justice at major universities across the globe and has received the highest prize in literature given on the African Continent (the NOMA award) for his novel Bones in 1988. Furthermore, his essays on social justice earned him the German-Africa prize in 2001 for his collection of articles entitled, Palaver Finish. His has been a journey of creative success but also of heartache. For over thirty years Hove wrote from his native country unafraid of the risks involved in writing about the ugliness of his government. As time went on his work became an increasingly political target of attack and so, after endless bribes and countless death threats, Hove finally fled into exile in 2001. He has led a migrant’s life around Europe since then lecturing and presenting the issues alive in his heart-wrenching stories. Today he is in Miami as a writer-in-residence for the Miami: City of Refuge, a project coordinated by the Florida Center for the Literary Arts at Miami Dade College with the generous financial support of the Knight Foundation.