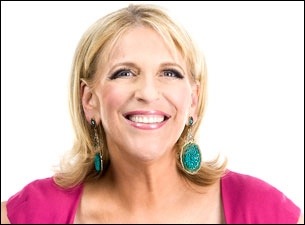 Heralded as “more than a standup — a standout,” by comedy legend Jim Carrey, Lisa Lampanelli is a cross between Don Rickles, Archie Bunker, and a vial of estrogen. She has won accolades from The King of All Media Howard Stern, who called her “a true original and a brilliant comedy mind who’ll steal the show every time.” Known for saying things that most people are afraid to think, Lampanelli’s raunchy, gut-busting performances are wildly popular at theaters across the U.S. and Canada. This equal opportunity offender is a regular on late night television, and a frequent guest and guest host on Howard Stern’s Sirius satellite radio shows. Lampanelli has also parlayed her love of Broadway into her own one-woman show, Skinny Bitch, which she is currently workshopping for an intended Broadway run. She is also a series regular on the new animated show Bounty Hunters on CMT.

Lampanelli recently appeared in her latest one-hour special “Tough Love” which premiered on Comedy Central and is now available on CD/DVD. Cementing her rise, she joined 17 other celebrities on NBC’s Celebrity Apprentice. The fifth installment of the show, with the largest-ever lineup of famous faces competing for charities of their choice, was a ratings bonanza for NBC. As a final four contestant, Lisa raised well over $100,000 for the Gay Men’s Health Crisis.

Tickets cost $69, $59 and $49*; all seats are reserved and available at all Ticketmaster outlets online at www.myhrl.com, www.ticketmaster.com or charge by phone: 1-800-745-3000. Doors open one-hour prior to show start time. *Additional fees may apply.