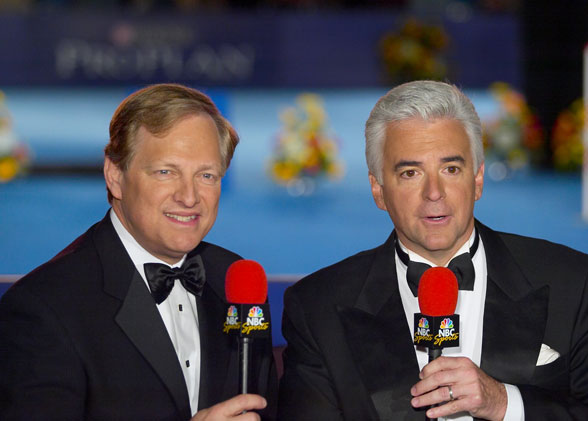 The National Dog Show presented by Purina, the most prestigious dog show in the United States has captured the hearts of animal lovers and entertained millions for over 8 years.

This Thanksgiving, immediately following the Macy’s Thanksgiving Day Parade, the show will return with funny man, John O’hurley, season 1 champion of “Dancing with the Stars” and former host of Family Fued, as host along with the illustrious commentator, David Frei.

In a conversation, David and John (DJ) discussed their favorite breeds and the excitement surrounding this year’s show.

“The National Dog Show,” which airs from noon to 2 p.m. Thanksgiving Day on NBC.

David Frei: Well, are you talking to me or to John?

John O’Hurley: Oh listen, it’s all about – it’s a day of elegance, so it just happens to be we’re just spotlighting the dogs and they’re most elegant. 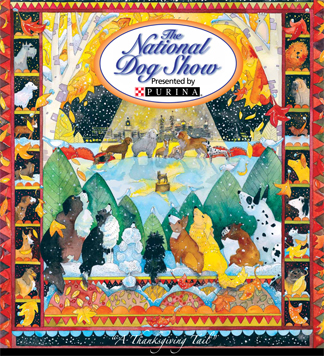 Daedrian McNaughton: Well, according to Rufus (2005 Best in the Show and therapy dog), he’s your favorite. Is that so and if not, throughout eight years of hosting the show which is your favorite breed and why?

John O’Hurley: Well, I’ll answer first and then I’ll let David answer. I have several favorites. I always love watching the Irish Setter come into the ring. I just – to me it represents the best of what dogs are in terms of the sense of their gait and the way the coat flows.  Every year I get seduced and abandoned because that’s – the dog never figures into the best in show, but I do love that breed in particular.

David Frei: We do have a great Irish Setter coming in this year I think.

John O’Hurley: They went to herd.

David Frei: Yes, I think so. We’ll see if she’s there. She’s in the top three or four dogs in the country.

David Frei: Well I’m, you know, I talk about it all the time. I call it the alma mater factor that I always root for my own breeds. I root for my Brittanys and I root for my Cavaliers and, you know, my dogs at home would never speak to me again if I didn’t root for their family out there.

So, you know, I had a long time with the Afghan Hounds too so – but I’ve come to love them all. You know, how’s that for a copout? I just – I love seeing a great dog and a great athletic dog and well presented, beautifully groomed doing their thing, so that makes it fun too. 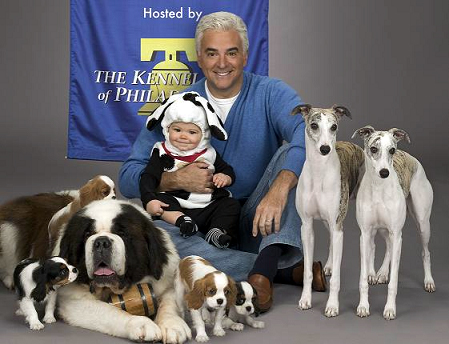 Daedrian McNaughton: Okay, what new breed will we see in the show this year, and will there be any new and exciting additions to the program?

John O’Hurley: Well this year we have – I would say we have – we’re introducing more breeds than we have done cumulatively in the past nine years. David, would you say I’m right on that?