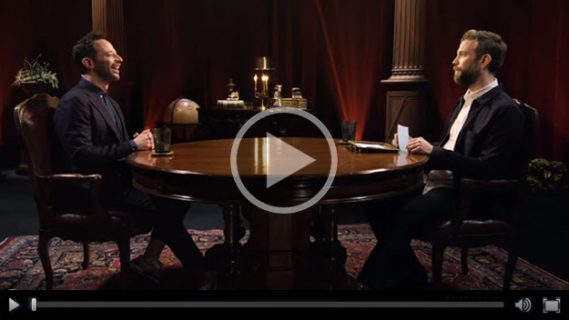 IN THE PREMIERE EPISODE, ANTHONY CHIDES NICK KROLL FOR HIS GOLFER-INFLUENCED FASHION SENSE, AND NICK DISCUSSES THE INFLUENCE THAT “WAYNE’S WORLD” AND DANA CARVEY HAVE HAD ON HIS WORK.

Good Talk with Anthony Jeselnik features Anthony’s interviews with a few of his friends — who happen to be some of the best comedians in the business — in which they discuss all things comedy. Over the course of six episodes, Anthony sits down with Nick Kroll, Natasha Leggero, Kumail Nanjiani, Tig Notaro, Kristen Schaal and David Spade. When Anthony is asking the questions, no topic is off-limits. Good Talk with Anthony Jeselnik premieres this Friday, September 6 at 11p ET/PT.