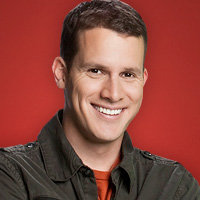 COMES TO FILLMORE MIAMI BEACH AT THE JACKIE GLEASON THEATRE

WITH TICKETS GOING ON SALE THURSDAY, JUNE 17 AT 10AM

Tour Info And Links To Purchase Tickets Available At www.jokes.com And www.danieltosh.com

Daniel Tosh, host of the insanely successful and popular COMEDY CENTRAL series, “Tosh.0” will embark on a massive national stand-up tour this fall.  “Tosh Tour Twenty Ten: A COMEDY CENTRAL Live Event” kicks off in September in Arizona and travels to more than 60 cities, with additional shows to be announced (full tour schedule at the end of this release).  COMEDY CENTRAL is pleased to work with Live Nation, the industry’s leading tour promoter of comedy.

Tosh inked a multi-level deal with COMEDY CENTRAL to shoot an original one-hour stand-up special which taped in San Francisco last Saturday and will premiere on Sunday, October 3 to be subsequently released with extended material on DVD and CD on Tuesday, October 5.  The network also announced the renewal of “Tosh.0” for a third season which will consist of at least 29 episodes and premiere on Wednesday, January 12 at 10:30 p.m. ET/PT.

“Tosh.0” premiered on June 4, 2009 and features the razor sharp humor and biting commentary from comedian Daniel Tosh and delves into all aspects of the Internet from the absolutely absurd to the incredibly ingenious in this weekly, topical series which airs Wednesdays at 10:30 p.m. ET/PT.  The series also features viral clips of the week and original videos created by and starring well-known actors and comedians.  Each episode features the segment “Web Redemption,” which gives subjects of infamous viral videos (i.e. Phillies Fan and Make It Snow Girl) a second chance to redeem themselves from the embarrassment with which they’ve become synonymous.

The über-popular “Tosh.0” blog is one of COMEDY CENTRAL’s most-visited properties with an average of 660K Unique Visitors per month (Source: Omniture SiteCatalyst).  The blog is updated daily with blog posts, Web-exclusive behind-the-scenes content and interactive features allowing viewers to participate in the “Tosh.0” community.  Viewers can follow Tosh on Twitter as he live tweets during the show and also by becoming a fan of “Tosh.0” on Facebook.

Tosh has a long history with COMEDY CENTRAL having hosted the network’s “Live at Gotham” stand-up series and performed on “Premium Blend” and “Friday Night Stand-Up.”  Tosh has also been featured on the all-comedy channel in a half-hour stand-up special “COMEDY CENTRAL Presents…” (2002) and on his first hour-long stand-up special, “Completely Serious” (2007).  His premiere CD, “True Stories I Made Up,” was released in 2005 through COMEDY CENTRAL Records.