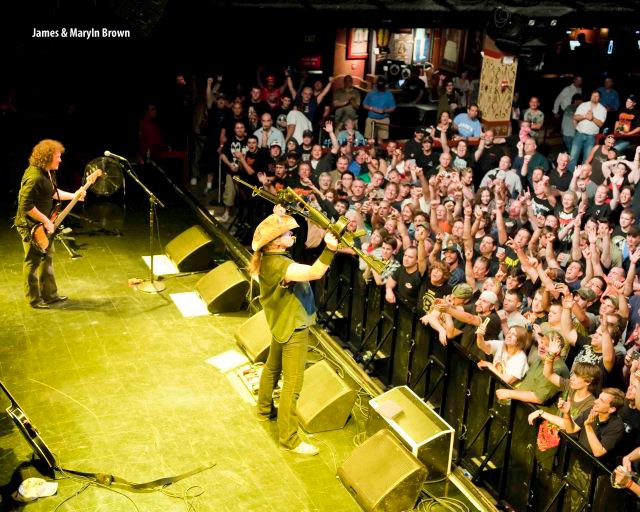 Motor City Madman and guitar god, Ted Nugent brought his intense and ferocious musical performance to Revolution Live, Fort Lauderdale. Val Halla, an upcoming rock and roll pop artist got the approval from Uncle Ted to be the opening act. She started the concert fairly well, but was drowned out later by heavy acoustics.

In the spirit of the July 4th holiday, Uncle Ted started the concert with a rocking rendition of StrangleHold (Star Spangle Banner) which was brilliantly played with his red, blue and white guitar.

Clusterfuck was well received by fans ages 10 to 76 proving that his music is timeless, and is as relevant as any young rock group today.

The unapologetic, gun swirling rocker had no reservations with his running commentaries on politics and America, in between songs. At the end of each commentary, he would challenge the audience by asking, “Any questions?’

He performed well over two (2) hours with a screaming encore. He returned on stage donned in a decorated Indian chief’s headdress, and ended the concert with Great White Buffalo.