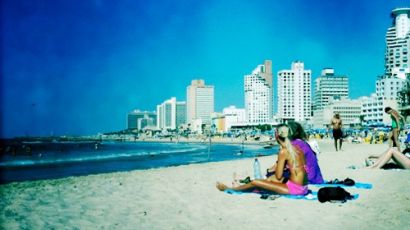 AskMen, the leading men’s lifestyle website, has announced their editors’ picks for the Top 29 Cities to Visit. For the first time in its history, the Top 29 list determined the best places for men to visit, rather than live, serving as the ultimate guide for single men looking for adventure in new places. Based on criteria including “explorability,” sports, culture, and nightlife, Barcelona claimed the top spot, with Buenos Aires and Miami rounding out the top three. New York City, which topped out 2010’s Top 29 Cities To Live In, remains in the top 5 this year.

“Single men today are looking to take the road less traveled. They want to visit places filled with adventure, beautiful women and exotic culture that will let them come back with legendary stories,” said James Bassil, Editor-in-Chief of AskMen. “This is one of the reasons why we’ve seen the rise in popularity for discovery destinations like Istanbul, Mumbai, and Tangier. These off-the-beaten-path cities are perfect for men who seek more interesting experiences.”

AskMen’s picks for the Top 29 Cities to Visit are :

The criteria for AskMen’s Top 29 Cities To Visit 2011 was based on quantitative data, including weather, average cost of a pint of beer and a cab ride, accommodations, sports, culture, and availability of single women. Qualitative research from AskMen’s international editors was also considered to determine a city’s buzz, “explorability,” nightlife, and its culinary scene.

But the common denominator tying this year’s list together is the idea that single men are looking for non-traditional experiences. With its women, culture and beaches, Latin-influenced cities like Barcelona, Buenos Aires and Miami offer potential for a new kind of adventure when compared to tourist favorites like New York or Paris. And cities like Mumbai and Mexico City, whose emerging economies make them prime for cheap travel in 2011, offer opportunity for real discovery experiences.

This year’s Top 29 Cities to Visit also features Foursquare and Foodspotting integration. These social tips will help guys discover the best that each city has to offer, including A. List restaurants and the perfect martini, as chosen by the Food Network’s The Next Iron Chef judge Simon Majumdar. AskMen will also host a Top 29 scavenger hunt contest that is integrated into the feature itself.  To enter the contest, readers will submit photos completing challenges in their cities.