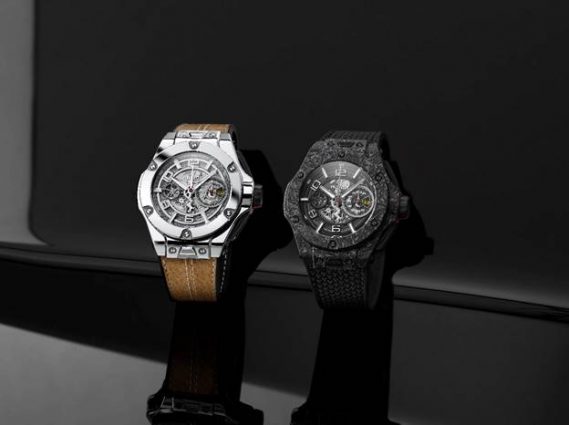 In the year that the Formula 1 World Championship celebrates its 70th anniversary, the weekend of 13 September will see Scuderia Ferrari take part in their 1000th Grand Prix. The celebration is set to take place on home soil, with the race held at the Mugello circuit in Italy. Hublot celebrates Scuderia Ferrari as the only team to have taken part in every World Championship Formula 1 race since it was established in 1950, a true leader in the world of motor sport.

The collaboration between Hublot and Scuderia Ferrari dates back to 2011 – a strong collaboration both on a personal and technical level has led to the creation of a series of models that embody the constant quest for innovation, excellence and performance, values that unite the destiny of the two brands. A true Art of Fusion that continues today with the release of the Hublot Big Bang Ferrari 1000 GP. Available in two versions, the watch pays tribute to both the glorious history of Scuderia Ferrari and its role at the leading edge of advances in technology. These are released in two limited editions of 20 pieces: 20-20 to reflect the landmark year in which the brand is set to take part in their 1000th race.