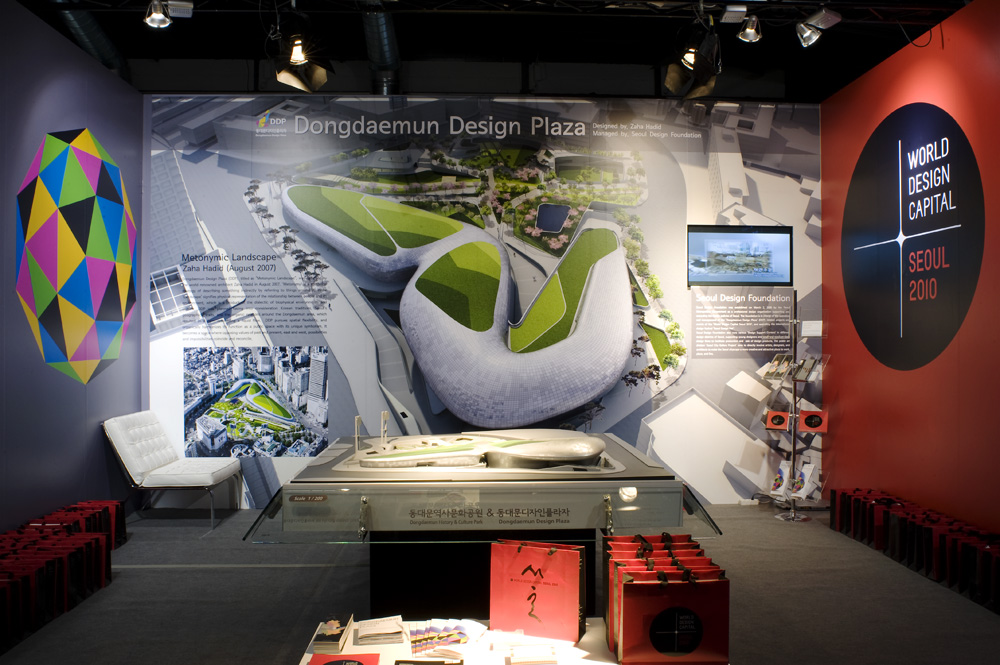 The fifth edition of Design Miami/ Basel – the global forum for design – defied expectations with strong sales and record attendance throughout the five days – delighting its audience of collectors, curators and design enthusiasts with rare originals, cutting-edge contemporary works and cultural programming. “Design Miami/ Basel has reached a new level of maturity and consistency – collectors and cultural institutions have made the show an important destination, and that community grows with each successive fair,” says Craig Robins, Co-Founder of the fair.

Purchasing was swift from the offset, with sales confirmations on the first day. Galleries again benefited from the proximity to Art Basel and commented on the visibility of new collectors and clients – notably from Asia, the US, South America, Switzerland, Belgium, Holland and Lebanon. In total, Design Miami/ Basel attracted a record 16,600 visitors to this year’s fair. Additionally, thousands of people from 68 countries followed the activity at Design Miami/ Basel as it unfolded on the fair’s newly launched blog – www.designmiamibaselblog.com.

During an opening-day roundtable, Design Miami/ Director Ambra Medda commented: “This was certainly our best fair to date. From the layout of Hall 5 to the caliber of the participating g 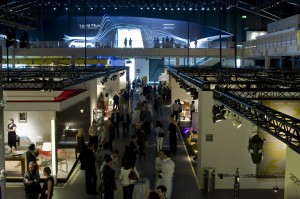 alleries and the quality of the work they presented, we are extremely pleased and overwhelmed by the level of interest, quality of visitors and the sales that have transpired during the course of the week.”

Participating galleries and exhibitors were equally pleased. Founding gallerists Patrick Seguin, who has participated in all ten editions of Design Miami/, sold 12 pieces, totaling €1.4 million in sales. Seguin described this latest edition as “the best Design Miami/ fair I have ever done… there was a real improvement to the quality of the show.” The gallery sold the Charlotte Perriand dining table (circa 1955) and the Jean Prouve and Charlotte Perriand wall mounted book case went on the first day to an American collector.

London gallery Riflemaker was also blown away by the response. “The John Maeda projection, which was created for the Design Miami fair sold on the opening night,” revealed Tot Taylor, Co-Founder of Riflemaker. “We purposefully went for a very ‘art’ feel to our stand and I think that this different feel drew people in. The quality of visitors was as high as we expected and the fact that the projection was sold to two of the world’s major museums proved the point.”

“We have had a spectacular forum to interface with arguably the most sophisticated collectors in the world,” concluded Perry Rubenstein, “… many of Richard Woods’ collectors acquired new works (total sales amounted to approximately $800 – $1 million)… many others, significant in number and quality, have commissioned new work…”

“As always, Design Miami/Basel exposes us to an amazing array of new clients from around the world,” said Zesty Meyers, Co Owner of R20th Century. “We were able to reconnect with a Swiss collector who first saw Greta Grossman’s work in the gallery earlier this year. He not only purchased the two Grasshopper lamps we showed in Basel, but three more that were shown in the exhibition in 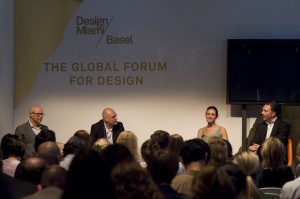 Stockholm.” Summing up the event as a whole, “Overall, the fair was very strong this year, with all the galleries’ exhibitions their best yet. Design Miami/ Basel is always a terrific opportunity for client development, and our experience so far is very positive.”

Nina Yashar, owner of Nilufar, one of Italy’s most active galleries in the fields of historical and contemporary design, noticed a significant increase in the number of very design-educated buyers who attended Design Miami/ Basel this year. “Many of these visitors could appreciate the works by contemporary European designers such as Andrea Branzi, Maarten de Ceulaer, Martino Gamper and Makkink & Bay,” explained Nina. Nilufar Gallery, a veteran of the Design Miami/ Basel show, sold the set of Rita Chairs by Italian contemporary designer Martino Gamper on the first day of the show as well as a BBPR lamp and pair of Albini armchairs.

Pierre Marie Giraud of the eponymous Brussels-based gallery sold a Ron Nagle ceramic to a US collector for $28,000. “We were very happy with the 2010 edition of Design Basel. We’ve received quite a lot of positive feedback about the overall presentation of our booth and the works of our artists. Especially the one piece by Takayuki Sakiyama, a new artist at the gallery, was sold in a matter of minutes after the opening of Design Basel,” explained Pierre Marie. 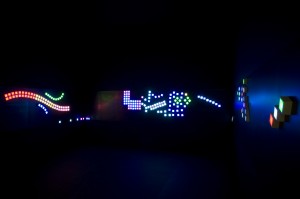 Sir Norman Foster and HRH Arvind Singh Mewar were spotted perusing the fair…and Russian tycoon Roman Abramovich made purchases at Carpenters Workshop Gallery (who clocked up €500,000 total sales on the last day) and the Dansk Møbelkunst Gallery. Renowned US art collectors Norman and Irma Braman of Miami and Aspen-based Nancy and Robert Magoon were also spotted at the preview.

The doors of the fair were barely open and Priveekollektie reported a sale. A collector picked up two pieces by Carolina Wilcke, who graduated from the Design Academy Eindhoven last year. The two pieces sold were: “Tafelgenoten” which combines three-dimensional objects with photography and “4D-Cabinet” inspired by her preceding design “KamerRekwisiet.”

One of the most significant deals at Design Miami/ Basel was sealed by Manhattan dealer Demisch Danant for a $175,000 commission for a suite of furniture by designer Maria Pergay ordered by a New York client. Dansk Møbelkunst Gallery also enjoyed solid sales with the gallery’s Finn Juhl sofa and easy chairs immediately selling on the opening night for €80,000 and a three-legged shell chair created by Hans Wegner (believed to be one of an edition of 12) also sold. 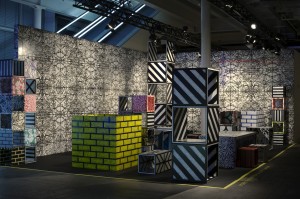 A key highlight of Design Miami/ Basel is its eclectic approach, reflected in the cultural programme which advocated a cross pollination of art, fashion, science, music and architecture. Hall 5’s mezzanine level came alive with solo exhibitions, energetic dialogue, custom commissions and lounges. In addition to the Design Talks, which brought together collectors, patrons, gallerists, designers and journalists to discuss the dominant themes of each show, and the W Hotel Designers of the Future Award commissions – by Beta Tank, Graham Hudson, rAndom International and Zigelbaum & Coelho – Design On/Site featured maverick galleries who were invited to present an installation focused on new work from one designer or studio.

Cultural initiatives presented by principal sponsor, HSBC Private Bank included the expansion of its HSBC Connection Collection, launching its specially commissioned book, Why What How: Collecting Design in a Contemporary Market, written by design gallerist and curator Libby Sellers, and welcoming a large percentage of the fair’s visitors to their VIP lounge.

Philippe Cathelaz, Head of Marketing & Communications | Managing Director for HSBC Private Bank Suisse (SA) commented: “The impressive standard of the galleries and exhibitions at this year’s Design Miami/ Basel was unparalleled, and provided our clients with privileged access to design at its very best. In Basel, we were particularly proud to present the second edition of The HSBC Connection Collection designed by acclaimed French duo, Ronan and Erwan Bouroullec. As the world’s private bank we continuously look to forge new international connections, whil 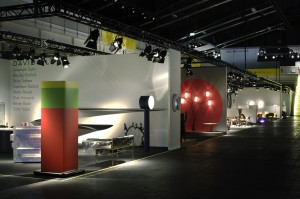 e fostering our existing relationships and this year’s fair provided a relevant and dynamic environment in which to achieve this. Since embarking on this partnership in 2006, it has been rewarding to see Design Miami/ and Design Miami/ Basel become established as the world’s preeminent design destinations on the international calendar.”

Exclusive automotive sponsor Audi again showcased its iconic Audi models, the subcompact A1 and the A8 luxury sedan, within an innovative design setting entitled “Lucid Flux“ by Moritz Waldemeyer. Audi also hosted a round table with Stefan Sielaff, Head of Design for Audi AG, and designer Moritz Waldemeyer, with participating designers, gallerists and critics. The discussion focused on how digital design will translate to the home and retail space in the future and whether it will impact human behaviour.

Design Miami/ Basel 2010 confirmed once again that it is the only fair of its kind. With a unique presentation spanning 18th-century work to limited-edition contemporary design from around the world, Design Miami/ Basel is the global forum that attracts the world’s leading critics, collectors, designers, galleries and curators. Serious in its curatorial intent and playful in the desire to challenge established notions, Design Miami/ Basel is an essential calendar fixture for the international design community.