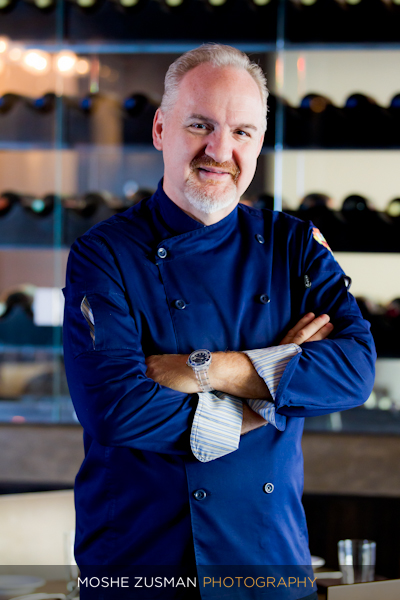 Obesity among Americans is no secret, especially when it comes to children, and defeating this medical condition is a challenge.

Celebrity Chef and Bravo’s Top Chef Masters contestant, Art Smith who has struggled with his weight, and recently lost 100 pounds can testify to the fact that fighting fat is hard. Chef Smith believes that educating young children about healthy food habits and practices are the best ways to fight obesity.

Chef Art Smith, the founder of Common Threads an organization dedicated to educating children on the importance of nutrition, and physical well-being, and to foster an appreciation for cultural diversity through cooking has collaborated with Miami Chef Michelle Bernstein, Chef/Owner Michy’s and Sra. Martinez restaurants along with some of Miami’s celebrated chefs to launch World Festival Miami.

In a conversation with Chef Art Smith, he discusses the importance of teaching children healthy food and eating habits, his weight loss and collaborating with Chef Michelle Bernstein to launch World Festival Miami.

Art Smith, chef, author, and television personality has brought back meaning and symbolism to the word “table” and has united families and friends through the sharing of a meal.

Art smith in the Kitchen A native of Jasper, Florida, Art studied at the Florida State University School of Business. He began his career with two internships at The Greenbrier Resort and was then selected to attend the prestigious Walt Disney Magic Kingdom College Program. Following graduation, Art took a position working at the Florida Governor’s Mansion where he worked as executive chef for Governor Bob Graham, now a U.S. senator, and his wife Adele. He continued to cook for families all over the globe, including other well-known politicians and celebrities.

After traveling extensively through Europe and Africa as a family chef, Art took a position as chef on the American European Express Train. Once settled in Chicago, he began teaching at Williams Sonoma and later served as a special event chef for Martha Stewart Living Magazine. In 1997, he began a 10-year-long position of personal chef to Oprah Winfrey and Stedman Graham. He currently acts as the specialty chef for Ms. Winfrey’s most talked about events. In late summer 2007 he will launch a new fine dining restaurant in Chicago called “Table,” which will serve handmade, organic foods gathered from some of the best farms in the Midwest.

Art is a two-time James Beard Award recipient. In 2007 he received the James Beard Foundation Humanitarian of The Year Award and in 2002 he received the James Beard Foundation Award for “Best Cookbook” for his first cookbook, Back to the Table: The Reunion of Food and Family (Hyperion, 2001). For his second cookbook, Kitchen Life: Real Food for Real Families (Hyperion, 2004), he received the prestigious 2001 Gourmand World Cookbook Award for “Best Family and Children’s Cookbook.” A National Bestseller and New York Times Bestseller, Art was selected twice as keynote speaker for Florida Governor Jeb Bush’s “Celebration of Reading,” sponsored by the Barbara Bush Foundation for Family Literacy. He is a contributing chef for best-selling author Dr. Dean Ornish’s new family health book. The newest addition to Art’s cookbook series is, Back to the Family (Thomas Nelson), which debuted in March 2007.

Art is a contributing editor to O, the Oprah Magazine and the Food section of Oprah.com and has appeared several times on “The Oprah Winfrey Show.” He is featured regularly on television programs, appearing nationally on “The Today Show” and “Good Day Live” and serving as a regular tasting judge on Food Network’s “Iron Chef America.”

A fervent supporter of the community, in 2003 Art established Common Threads, a nonprofit organization based on his passionate belief that families (whether a family by blood or a family of friends) all share an innate desire to care for each other, regardless of culture, race or geographic location. Common Threads embodies Art’s mission to foster a familial environment where children can learn to value each other and discover universal understanding and mutual acceptance. The innovative program serves more than 1,000 children at seven locations around Chicago and recently expanded into the Oprah Winfrey Boys & Girls Club of Kosciusko, Mississippi. A Los Angeles location will open in 2007. In January 2007, Chicago Magazine named Art “Chicagoan of the Year” for his work with Common Threads and in May 2007 the James Beard Foundation will bestow its annual Humanitarian Award upon him. He also serves on the board of directors of “Kids Café,” a nutrition program for children in Minneapolis.