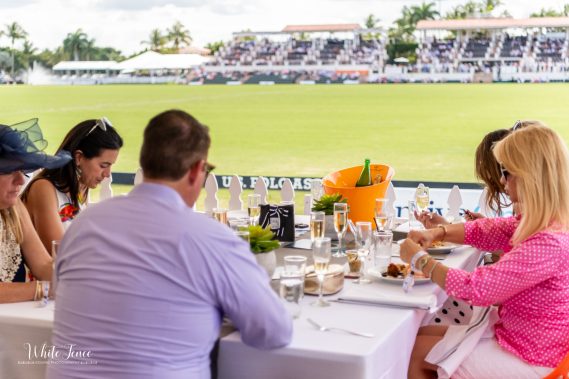 The International Polo Club Palm Beach (IPC) is pleased to announce its 2020 high-goal polo tournament schedule. The season will commence on Sunday, December 29, 2019 with the Herbie Pennell Cup Final and culminate on Sunday, April 19, 2020 with the U.S. Open Polo Championship® Final. The GAUNTLET OF POLO™ series will return for its second year to the U.S. Polo Assn. Field 1 on Sunday, February 9 with the start of the C.V. Whitney tournament. IPC will also be welcoming back the U.S. Open Women’s Polo Championship® Final, benefiting Susan G. Komen Florida, to its championship field on Saturday, March 21. 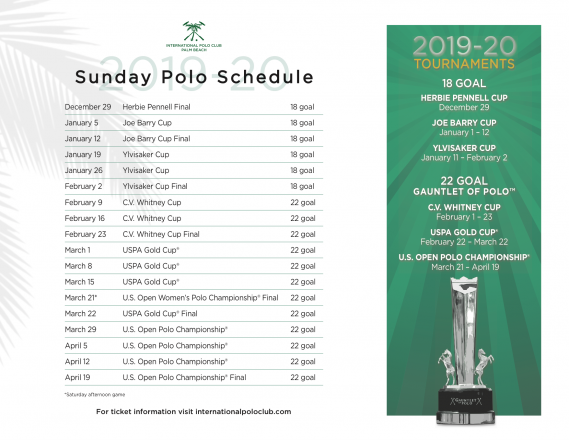 The 2019 season proved to be an especially exhilarating one, with an unprecedented number of teams participating in the tournaments. Spectators were able to witness one of the most coveted horsemanship events of the year with the CaptiveOne U.S. Open Polo Championship® Final as well as team Pilot claiming the inaugural GAUNTLET OF POLO™ prize of $1 million dollars. During the 2020 season, fans can expect to experience more adrenaline-fueled matches between the world’s top polo players and ponies. Information regarding tickets and other hospitality packages will be available soon. For more information, please visit internationalpoloclub.com or call the box office at (561) 282-5334.

The International Polo Club Palm Beach (IPC) is the premier polo destination in the world, hosting the largest field of high-goal teams and the most prestigious polo tournaments in the United States. Polo enthusiasts descend upon Wellington, FL each winter season to enjoy their love of the sport at the most prominent polo facility in the country. The 2020 Palm Beach Polo Season opens Sunday, December 29, and concludes 17 weeks later with the U.S. Open Polo Championship® Final on Sunday, April 19. Polo matches are open to the public, with a wide range of hospitality and guest seating that includes elegant grandstand viewing, field tailgating, stadium seating, field-side champagne brunch at The Pavilion, and exclusive sponsor boxes. See more at www.internationalpoloclub.com.