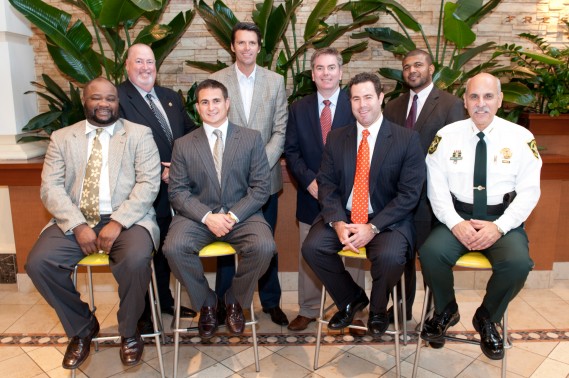 Ten leading South Florida not-for-profit organizations are competing to sell the most number of tickets to The Galleria at Fort Lauderdale’s Men of Style Shopping Night presented by Signature Grand. The fashionable fun-raiser hosted by CBS4 News Anchor Jawan Strader will take place on Wed., Nov. 30, 2011 from 6-9 p.m. at The Galleria at Fort Lauderdale and will recognize an impressive roster of respected men in our community, while at the same time raise funds for 10 worthy local charities.

“The Galleria is proud to host this wonderful fundraiser to help local charities raise much-needed funds,” said Melissa Milroy, marketing manager at The Galleria at Fort Lauderdale. “The event continues to grow, and this friendly competition amongst the charities doesn’t hurt as our main goal is to support these groups so they can continue to really make our community a better place to live.”

Guests will also enjoy a variety of delicious food and bar selections from some of their favorite hot spots at The Galleria at Fort Lauderdale and beyond such as Blue Martini, Truluck’s, P.F. Chang’s China Bistro, Seasons 52, The Capital Grille and The Melting Pot. Live entertainment will also have the crowd of over 500 anticipated guests on their toes and dancing the night away.

Tickets are $50 per person and can be purchased at The Galleria’s Guest Services or directly from the participating charities. The charity with the most of number of tickets sold will get an additional $1,000. For more information, please call The Galleria at Fort Lauderdale at (954) 564-1036.

The Galleria at Fort Lauderdale, originally known as the Sunrise Shopping Center until 1980 when it was enclosed, redeveloped and renamed, is the largest and most popular upscale regional shopping center in Broward County with 100 nationally recognized, fashion forward stores including Neiman Marcus, Macy’s, Dillard’s,  Apple, Guess, Ann Taylor, Cole Haan, J. Crew and many more. Located at 2414 East Sunrise Blvd. in Fort Lauderdale, The Galleria is close to the beach, downtown, hotels, resorts and the Greater Fort Lauderdale Convention Center and is easily accessible from Sunrise Boulevard, U.S. Highway 1 (Federal Highway), Interstate 95, Interstate 595, and U.S. Highway A1A (Fort Lauderdale Beach Boulevard).  It is open from 10 a.m. to 9 p.m., Mon. through Sat. and 12 p.m. to 6 p.m. on Sun. Restaurants enjoy later hours. More information is available by calling (954) 564-1036 or at www.galleriamall-fl.com.