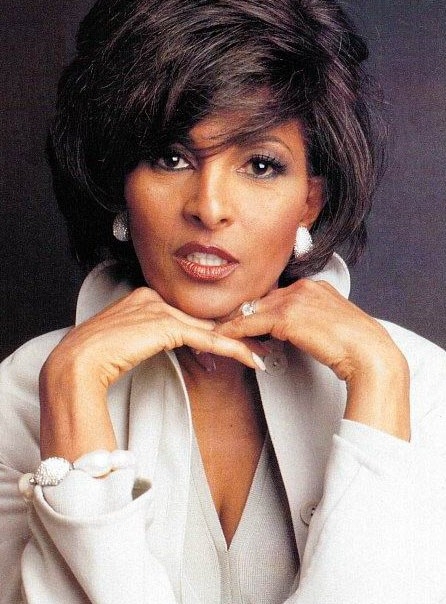 The National Gay and Lesbian Task Force is proud to produce the 15th annual Miami Recognition Dinner, presented by Wells Fargo, at the Fontainebleau Miami Beach on Saturday, Oct. 15. This annual fundraising event honors individuals for their outstanding contributions to the social, cultural, political and humanitarian needs of the lesbian, gay, bisexual and transgender (LGBT) community. This year’s honorees include local activist and attorney Georg Ketelhohn and Ben Cohen, international sports star and chairman of the Ben Cohen StandUp Foundation, the world’s first anti-bullying organization. The event will also feature a special appearance by actress Pam Grier, star of Showtime’s The L Word: Complete Series, the official stage sponsor for the evening.

The theme of this year’s Miami Recognition Dinner is “Sparkle.” Christopher Russell, co-chair of the dinner says, “With this being our third year at the iconic Fontainebleau, we wanted to highlight the fact that we are moving within the hotel to the Sparkle Ballroom. It’s much larger and will allow us more room for our spectacular auction and our VIP cocktail reception.”

Tim Nardi, the event’s other co-chair, added, “This year we wanted to take our dinner to the next level, and our theme has inspired us to think outside of the box and ‘wow’ our guests with a few elements to make the event sparkle. We have a new look and a more streamlined ceremony, which will allow attendees to do what they enjoy the most — talk to friends, bid at the auction and dance.”

The Miami Recognition Dinner will treat guests to an intimate cocktail reception followed by a lavish sit-down dinner, awards ceremony and dancing. Attendees will also have the opportunity to bid on a variety of silent auction items, including airline tickets to a selection of exciting destinations courtesy of American Airlines, the official travel sponsor. Launched in 1997, the Miami Recognition Dinner has become a vital source of funding for organizations serving the LGBT community. Since assuming responsibility for the dinner and its sister event, Winter Party Festival in 2004, the Task Force has donated more than $1 million from the proceeds of the two events to the Miami-Dade community. The Task Force donates the majority of the proceeds to the Miami Foundation’s GLBT Community Projects Fund, which re-grants the money to local organizations.

The 2011 Humanitarian Award will be given to Ben Cohen, MBE, the first straight sports star to dedicate his philanthropic efforts to the benefit of LGBT people. Among the world’s greatest athletes, Cohen is a Rugby World Cup champion and second in all-time scoring for England. Cohen recently founded and serves as chairman of the Ben Cohen StandUp Foundation, the world’s first foundation dedicated to raising awareness about the long-term, damaging effects of bullying and raising funds to support those who are doing work to stop it.

Georg Ketelhohn, the 2011 Eddy McIntyre Community Service Award recipient, is currently a litigator with the firm of Siegfried, Rivera, Lerner, De La Torre & Sobel, P.A., and serves as board treasurer for Florida Together, a statewide federation of LGBT and allied organizations. In 2002, Ketelhohn resigned his paid position as an attorney from the law firm where he had worked for five years in order to serve as the unpaid campaign manager for SAVE Dade’s successful No To Discrimination campaign, which defeated an attempt to legalize discrimination based on sexual orientation.

Tickets to the 15th annual Miami Recognition Dinner are $200 for general admission and $300 for VIP admission (which includes a private VIP cocktail reception and meet & greet prior to the dinner). For ticket information, visit www.thetaskforce.org/miami or call 305.571.1924. Become a fan of the Miami Recognition Dinner on Facebook by visiting www.facebook.com/MiamiDinner.