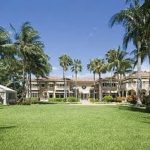 The following is a reprint of an article published today quoting Alex Shay’s view of Star Island real estate.
By Sally Apgar July 10, 2009

The recent revelation that basketball star Shaquille O’Neal finally sold his mega-manse on swanky Star Island for $16 million — a substantial discount from the $35 million he once sought — might not thrill his neighbors.

They include Rosie O’Donnell, Gloria Estefan, Sean “P. Diddy” Combs, Lenny Kravitz and billionaire Phillip Frost, and it’s a safe bet none would welcome being added to the list of celebrity poster children for the luxury housing crunch.

It was a great deal for the buyer, Vladislav Doronin, the Russian billionaire boyfriend of supermodel Naomi Campbell, but what does that mean for the market value of neighboring houses?

Some real estate experts say that the sale of Shaq’s house and an $8.1 million August 2008 transaction for the mansion next door to Rosie are the latest comparable sales figures for the ultra-luxury enclave, and as such have established a new, drastically dropped floor in pricing for the exclusive man-made island.

“Star Island is down at least 50 percent from two years ago,” said Carlos Justo, a real estate broker to the stars who sold Rosie, Diddy and Estefan their homes. Justo ran into his own troubles investing in high-end homes, and made headlines last spring when he declared bankruptcy and said he was $20 million in debt.

But others dismiss the theory Shaq’s house will sink sales, saying there are only 35 homes on the hyper-exclusive island in Biscayne Bay. Only the very wealthy can afford the rarified luxury of Star Island and there are never more than a few homes on the block at a time.

“It’s simple supply and demand,” said Alex Shay, who sells luxury homes in Miami Beach. “There is only one Star Island; nothing else compares to it.”

Star Island is an oval-shaped, man-made island created in 1922 by Carl Fisher, an automotive parts pioneer and the co-founder of Miami Beach. The U.S Army Corps of Engineers dredged sand to build Star Island and several neighboring islets, including Fisher Island, where homeowners include Julia Roberts, Oprah Winfrey and Mel Brooks.

Although Shay doesn’t think that Shaq’s sale alone will drive prices down, he says Star Island and most of Miami Beach have not seen property values increase since 2003 or 2004, the peak of the market.

Shay and Justo agreed that sellers still insist on asking more than their homes are worth and buyers are just as stubbornly offering at least 20 to 30 percent less than the asking price.

Last August, Dr. Cem Kinay, a physician, luxury resort developer and owner of a 560-acre island in the Turks and Caicos chain, bought 44 Star Island in an estate sale for $8.1 million, a discount of 17 percent from the asking price of $9.75 million.

“Dr. Kinay’s home and Shaq’s will establish a new level,” said Justo in an April interview.

The biggest sale on the island, which also set a record for Miami Beach, was in 2006 when Stuart Miller paid $27 million for three one-acre lots and 300 feet of waterfront. Miller is the president of Miami-based Lennar Homes, which has suffered enormously in the housing bust, with its stock price sinking 80 percent in the past three years. On an island where waterfront is precious currency, Kinay, only two years later, paid $8.1 million for 250 feet of waterfront and a one-acre lot.

“Star Island has come down 50 percent from two years ago and we still haven’t hit bottom,” said Justo.