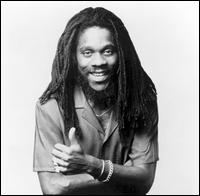 One of Jamaica’s most beloved and prolific artists, the late Dennis Brown has left behind a slew of classic songs and myriad hits, a rich musical legacy born of a career that spanned over 30 years. It was Bob Marley that dubbed Dennis “The Crown Prince of Reggae,” citing Brown was his favorite singer. Brown recorded over 75 albums featuring timeless hits like “No Man Is An Island,” “Money In My Pocket,” “Love & Hate,” “Should I,” “Revolution,” “Love Has Found Its Way,” and “How Could I Leave,” and he continues to be hugely influential on generations of reggae singers since his passing in 1999. His hit “The Promised Land” was reworked and released in 2010 by Damian Marley & Nas featuring Dennis Brown. In 2010, New York Times music critic Ben Ratliff described him “as one of the greatest singers of the last half century.” His homeland of Jamaica will bestow the posthumous honor of the “Order of Distinction; O.D.” on National Hero’s day in Kingston, Jamaica on Oct. 17, 2011.