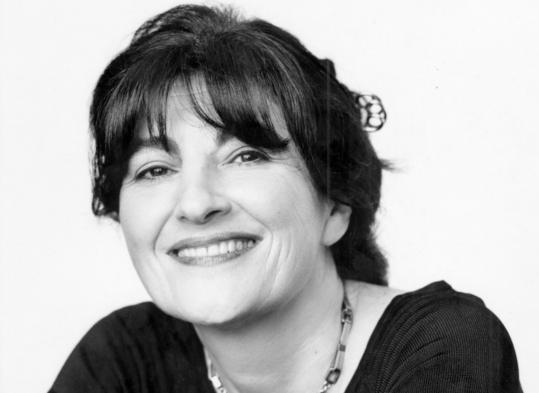 For the most part of her career, legendary food critic, and author Ruth Reichl has been the judge of food but not in the capacity in which she is currently doing so. Instead of sharing her opinions online or in the newspaper, she will have the daunting task of criticizing twelve respected chefs food to their faces. For Top Chef Masters Season Three on Bravo Ruth will be one of the judges making the final decisions on food preparations from some of America’s most celebrated chefs. Her vote will determine who stays in the competition and who goes. In a recent conversation, Daedrian McNaughton had the pleasure of talking with The New York Times most notable food critic about her new gig.

“Top Chef Masters” pits 12 world-renowned chefs against each other to see how well they fare in fierce culinary competition. Each week will whittle down the chefs until the finale where one winner is crowned “Top Chef Master” and receive the grand prize of $100,000 for the charity of their choice.  With so much money at stake, the chefs are bringing more than their knives to the table; they’re bringing their egos and stirring up the drama.  The chefs must face off in some of the most difficult challenges we’ve seen thus far – including the infamous restaurant wars – and they’re serving up food for some master entertainers and celebrity guest judges including: Mad Men’s Christina Hendricks, pop/rock group Maroon 5 and pop sensation Kelis, among others.

What peaked your interest to sign on for season three as judge of Top Chef Masters?

Ruth Reichl: I just thought it was really going to be fun and it was. At the very end, after the show is over and wrapped, Curtis cooks a meal for all of us and it was probably the best meal we had the entire season. Curtis has a real passion for feeding people. It was like he lit up doing this very difficult thing with no real cooking facilities.

It must have been a challenge for you to judge all these already celebrated chefs. What was the most difficult for you?

Ruth Reichl: Well I have to say for me, that’s what I’ve been doing for the last 30 years is judging celebrated chefs. What was hard about it was doing it to their faces. I mean it’s one thing to be writing in the New York Times what you think about someone’s food. It’s another thing to have them standing in front of you and you’re saying well, you know, you could have done this better and this. So you’re watching their faces.  Oh, I really thought about it because Curtis added so much. I mean he really was giving us the chef’s perspective at every judging. We were getting this other perspective.

During the creepy crawlers episode, did you sample any of the delicacies?

Will you be dressing up this season?

Ruth Reichl: Well I have to tell you I did not but they had such amazing hair and makeup people that sometimes I felt as if I was in costume.

Which celebrity chef would you like to see on a future episode of Top Chef Masters?

Ruth Reichl: It is so amazing to get to know people in a new way watching them in this atmosphere.  And it’s very intimate. And you know some of these chefs are people I have known for a very long time and at the end of the season I felt so much closer to them and had such a feeling of insight into how they work. Some of the people that I’ve known forever I would like to see – I would love to see Wolfgang Puck do this. And I would love to see Grant Achatz do it and Daniel Boulud and Thomas Keller and Lydia Shire would be great on this show.

How was your experience interacting with the celebrity judges?

Ruth Reichl: Christina Hendricks who on Mad Men is the most beautiful woman in the world is even more beautiful in person and it’s a little scary to have her talking about being up for four hours, making puff pastry and things because she’s not only beautiful but she serves these extraordinary meals. It was very intimating.

As a food critic, what is it like to actually experience the inside workings on the kitchen as opposed to being a diner?

Ruth Reichl: You factor in technique. I would say the real difference is that as a critic, you’re trained to transcend your own taste. You come to every dish with an open mind and it’s not about do I like this or do I not like this. Does it work. And you’re looking at it in a very different way. There’s also something about criticizing. I mean these are very high level chefs we’re talking to.  And they know when they haven’t done it right. So it’s almost a matter of respect to be really open about the fact that you know this dish didn’t make it. I mean they’re not fooled by their own mistakes. I mean they know it. And so you can’t get away with being sloppy about this. You have to be as straightforward and bring all of your knowledge to this table.

With the talent level of the chefs being so much higher this season, do you find that the contestants were a little bit less receptive to your feedback?

Ruth Reichl: Absolutely not. I think the people who are best at anything whether it’s film making or writing or dancing or cooking are absolutely on to themselves. They know when their fellow chefs have done a better job than they do. And you don’t get any respect by hedging your bets on that. You just don’t.

What do you make of the James Beard nomination for the twitter handle Ruth Bourdain?

Ruth Reichl: I just love the fact that Ruth Bourdain has been nominated for a Beard Award. A  little levity went into the Beard Award and I’m really hoping that the he/she will win and will come forward to accept so we find out who it is. I have theories about who it isn’t. But I have no idea who it is. I actually have – there is actually a little suspicion in the back of my mind that it may be one of the people who was a judge this year.

You are familiar with the cooking/food from the contestants prior to the show. Over the period of the show, what surprised you the most about their cooking?

Ruth Reichl: How really difficult these challenges were and how they threw themselves into them. I mean this was really, really difficult. And they did it with grace and passion and I kept thinking, they don’t have to do this.  In their real lives, they don’t work this hard.  And they just completely went for it and that really amazed me. And it was so hard. We actually watched a couple of people lose weight over the course of the month and these are difficult challenges.