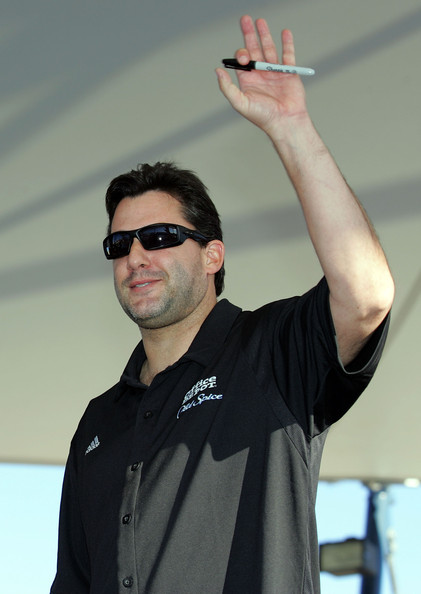 Sprint Cup driver and Championship contender available to media in advance of racing in NASCAR’s Championship-finale at Homestead-Miami Speedway on Nov. 20

WHAT: Fan/media opportunity with two-time Sprint Cup Champion Tony Stewart. Stewart has been crowned NASCAR Champion twice at Homestead-Miami Speedway. The two-time Sprint Cup Series champion earned his first crown in 2002 by beating veteran racer Mark Martin by 38 points and a second in 2005 when he bested Greg Biffle by 35 points.

Stewart has 12 Homestead-Miami Sprint Cup starts with three Top 5 and six Top 10 finishes going along with two victories. His average finish is 12.4. The driver of the No. 14 car has recorded three Top 5 and 11 Top 10 finishes this season. After his seventh-place finish Saturday at Richmond, Stewart comes into the 2011 Chase For The Sprint Cup Championship looking to become the first owner/driver to win NASCAR’s biggest prize since Alan Kulwicki in 1992.

This is a chance for our local media to meet with one of NASCAR’s best drivers to discuss the Chase, preview Ford Championship Weekend Nov. 18-20, and possibly test your skills against one of the best race drivers in the world. We have 10 slots available for media to race against Tony if he so chooses.

WHEN: Monday, Sept. 12 – Noon (Light fare and refreshments will be followed promptly by the press event at 12:30 p.m.)

DIRECTIONS: From South: Take I-95 North. Exit I-95 North at Exit 22, head west on Stirling Road for 1/4 mile. The main entrance is located at the rear of the property; access is on the right side of the building off North 30th Ave.