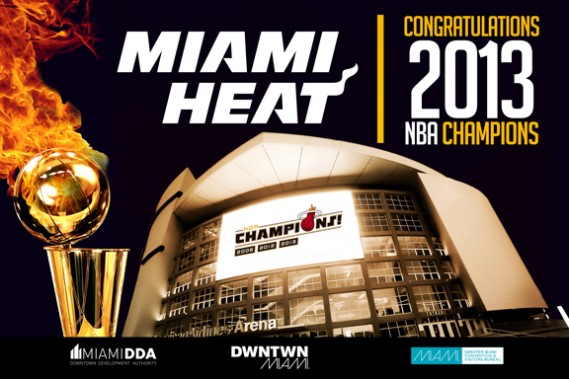 and Now it is time to Celebrate!

On Monday, June 24th, the Miami HEAT will host a championship parade.

The parade’s one-way route starts at SW 8 St @ SW 2 Ave in Brickell at 11am. The parade caravan will then head north on Brickell Avenue, across the bridge, curve right onto Biscayne Boulevard and continue North. The parade route will end at the AmericanAirlines Arena (NE 8 St) by approximately 12:30pm.

Parade-goers are encouraged to spread out along the entire route.

*Upon conclusion of the parade, the HEAT players will NOT be coming out to the west side of the arena; there will NOT be any viewing on the exterior of the celebration event taking place inside.*

Expect traffic delays and road closures al ong the route between 9am and 3pm.
For more information, click here.

See the parade route map below: 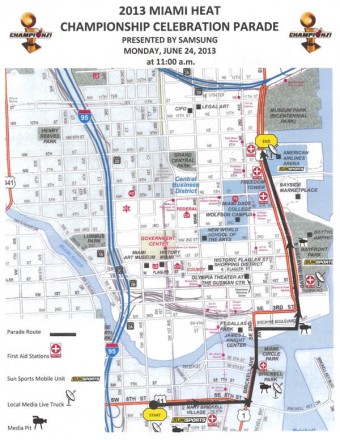