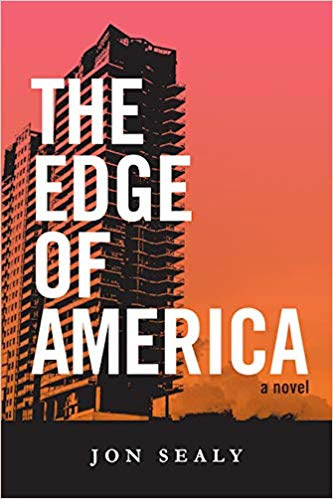 Meet
JON SEALY
discussing
The Edge of the World: A Novel

Bobby West is on the edge. As chief financial officer for a Miami holding company and a CIA front, he has overleveraged his business in the go-go 1980s financial culture. He turns to a deal-with-the-devil money laundering operation with a local gangster, Alexander French–a deal which quickly goes south when $3 million goes missing. Now Mr. French, a group of Cuban exiles, and an Israeli smuggler named Adriana Chekhov are all after Bobby West to pay up. With echoes of Iran-Contra and the Orwellian surveillance state, The Edge of America (Haywire Books, $17.95) is a stunning thriller about greed, power, and the limits of the American dream.

Jon Sealy is the award-winning author of The Whiskey Baron (Hub City Press, 2014) and The Edge of America (Haywire Books, 2019). He lives in Richmond, Virginia.