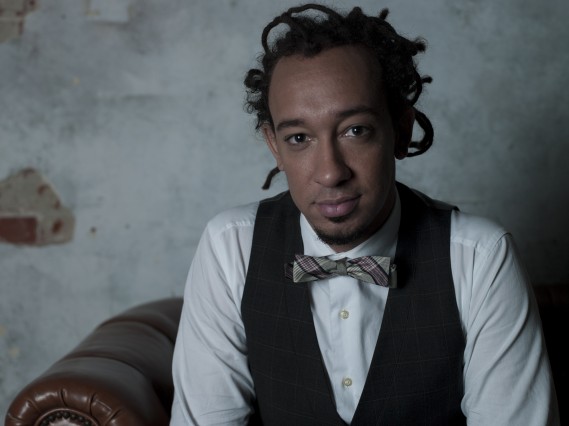 The Adrienne Arsht Center for the Performing Arts of Miami-Dade County and Larry Rosen, together with presenting sponsor TotalBank, present JAZZ ROOTS – A Larry Rosen Jazz Series: GENERATION NEXT – PIANO on April 12, 2013 in the John S. and James L. Knight Concert Hall. In celebration of Jazz Appreciation Month, the final concert of the JAZZ ROOTS Fifth Anniversary season will feature thrilling performances by two of the most dynamic, young jazz pianists to emerge on the scene today – the mesmerizing HIROMI, with her high-octane ensemble THE TRIO PROJECT, and three-time Grammy nominee GERALD CLAYTON – both in their Arsht Center debuts. The program will include selections from the artists’ 2013 recordings, and highlight how the next generation of jazz pianists are redefining this uniquely American art form.

“It is with tremendous honor that we present two of the most dazzling, young pianists in their Arsht Center debuts on our Knight Concert Hall stage for the grand finale concert of our Fifth Anniversary Jazz Roots season,” said John Richard, president and CEO of the Adrienne Arsht Center. “These piano wizards are well on their way toward etching their own enduring mark on the rich tradition of jazz. Our South Florida concert-goers can expect an evening of virtuosic musicianship as we place the spotlight on the boundless talent, energy and artistic vision of two artists pushing the boundaries of jazz to new frontiers,” Richard added.

Pianist/composer HIROMI UEHARA — a winner at the 58th Grammys in 2011 — has been heralded as one of the brightest new lights on the jazz landscape since her 2003 debut. Renowned for her passionate and incendiary keyboard work, HIROMI has stupefied audiences and critics on both hemispheres with her skill and creative energy that defies the conventional parameters of jazz and pushes musicianship and composition to unprecedented levels of complexity and sophistication. The Japanese-born pianist fuses jazz, progressive rock, and classical music into a unique style of her own. With her ensemble, HIROMI: THE TRIO PROJECT, the extraordinary instrumentalist is joined by two equally formidable musicians – contra-bass guitarist Anthony Jackson (Paul Simon and Chick Corea) and drummer Simon Phillips (The Who and Judas Priest). HIROMI is touring in support of her March 2013 Telarc release, Move (with Anthony Jackson and Simon Phillips).

Three-time Grammy-nominated pianist/composer GERALD CLAYTON has established himself as a leading figure in the up-and-coming generation of jazz artists who are fluent in the range of styles that make up today’s jazz lexicon. Despite his young age, CLAYTON has already performed extensively with numerous leading jazz musicians, including Kenny Barron, Roy Hargrove, Lewis Nash, Mulgrew Miller, and Clark Terry, to name several. As a composer, his work has been commissioned by the Jazz Gallery in New York City and performed overseas by the BBC Orchestra.  In 2006, CLAYTON received Second Place in the prestigious Thelonious Monk Institute of Jazz Piano Competition, and in 2010 he was named “Rising Star” in DownBeat magazine’s Critic’s Poll. CLAYTON is currently touring in conjunction with his upcoming debut recording for Concord Jazz entitled Life Forum (April 2, 2013).

JAZZ ROOTS’ in-depth educational partnership with Miami-Dade County Public Schools has brought approximately 5,200 high school music students to the Center for a complimentary and unique behind-the-scenes experience including: a pre-concert sound check; a Q&A session with featured artists followed by a workshop with a local jazz expert that will highlight the music, the artistic process and the practical skills needed for a career in the arts; and free entry to the evening’s performance. The Jazz Roots education program is made possible in part by a grant from The ASCAP Foundation Louis Armstrong Fund and individual contributions from members of the Jazz Roots Encore Circle.

JAZZ ROOTS: A Larry Rosen Jazz Series is presented by TotalBank, a subsidiary of Banco Popular Espanol, S.A.; WPBT Channel 2, WLRN 91.3 FM are media sponsors of JAZZ ROOTS. The JAZZ ROOTS series is also sponsored in part by Steinway & Sons, the official piano of the Adrienne Arsht Center. In addition, Jazz Roots – Generation Next: Piano is supported by Bombay Sapphire.