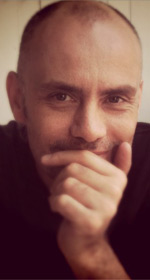 Since Europa’s founding in 2005, the house has published more works of international fiction than any other trade publisher in the United States. Europa’s list represents the best in world literature. Among Europa’s authors there are five Booker Prize nominees, two Pulitzer Prize winners, two winners of the Prix Goncourt, two winners of the Strega Prize, and one winner of the German Book Prize. Europa’s books have been named New York Times Editors Picks five times, and New York Times Notable Books of the Year twice; they have also appeared on the New York Times Bestseller list, the National Indiebound Bestsellers list, and countless regional bestseller lists.

When Sandro and Sandra Ferri, the founders of Europa Editions, first began publishing in Italy they began with literature from Eastern Europe. At that time, there was very little of this literature being published in Italy and they considered that to be a great shame given the wealth of literary talent in that part of the world. They were the first to publish many of the century’s great Eastern European writers in Italian.

What kinds of books does Europa Editions publish? They publish mostly fiction and have an international crime series – WORLD NOIR. In recent decades the noir, or crime novel has played an important role in Europe. Beyond its role as literary entertainment, the noir novel, or certain kinds of noir novels, has tended to fill the void left by the disappearance of real investigative journalism in Europe. Readers look to crime novels to get a sense of what is really happening behind the news bites that fill their TV sets, newspapers, and Web sites. Noir of this kind thus serves two purposes: literary entertainment on one hand (and, it is important to note that without this, without these books being excellently crafted works of genre fiction, their other goal would not be so effectively met), and, on the other hand, a kind of social, political and economic analysis.

For a very long time translated literature was relegated to a niche. It was considered “difficult,” dense, and obscure. Europa’s goal has been to alert readers that there is also a great deal of very good accessible fiction being written in Europe. That’s what readers can expect from a Europa Editions book: a well-told story, settings that stir the imaginations, strong characters, and if translated, a first-rate translation.

Their books are all designed by a single designer, Emanuele Ragnisco and it’s easy to recognize a Europa book; their books are beautiful, pleasing to feel and hold. Now more than ever, reading a book (a real, physical book) should be a tactile experience as well as an intellectual exercise.