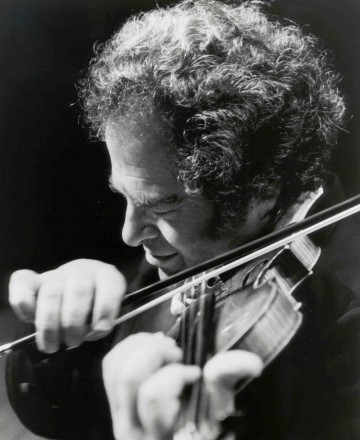 Born in Israel and trained at Juilliard, ITZHAK PERLMAN is undeniably today’s foremost virtuoso of the violin and enjoys a superstar status rarely afforded to classical musicians. His disarming humanity and his charm, his extraordinary artistry and his irrepressible joy in making music also have made him one of the world’s most beloved artists. He is a recipient of the Kennedy Center Honors in recognition of his contribution to the cultural and educational life of the nation. He has also received the National Medal of Arts, along with 15 Grammy Awards and four Emmy Awards. A born educator, he runs his own summer Perlman Music program and also holds a teaching chair in his alma mater, the Juilliard School. He has conducted the Berlin Philharmonic, the Israel Philharmonic, the Philadelphia Orchestra, the National Symphony Orchestra, the New York Philharmonic and many other of the world’s great orchestras. As a soloist, he collaborated with John Williams and Steven Spielberg in the Oscar-winning picture Schindler’s List. ITZHAK PERLMAN brings his beloved fiddle for one night only in this anticipated return to the Arsht Center.