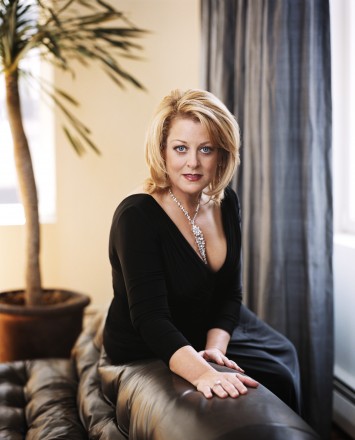 DEBORAH VOIGT has been hailed as quite simply “Awesome” by The New York Times, and her recent portrayal of Wagner’s Bruenhilde has been seen around the world live in HD “Live from the Met” and now in Blu-Ray. Her searing  performance in the Metropolitan Opera’s new production of The Ring of the Nibelungs  was praised by The Huffington Post for “the emotional intensity of her portrayal…so moving and convincing that tears streamed down the critic’s face.”  A popular hostess as well as star of multiple PBS broadcasts, the irrepressible, immensely likable diva has been hailed not only as today’s reigning Wagnerian soprano, but also in a wide range of challenging roles from Puccini’s gun-toting Minnie in La fanciulla del West, Strauss’ Salome and Ariadne  and Berlioz’ tragic Cassandre in the epic Les Troyens to Annie Oakley in Irving Berlin’s great American musical  Annie Get Your Gun. Equally at home in popular song and Broadway, DEBORAH VOIGT  “comes to pop-singing naturally,” according to Opera News. She has headlined in benefits for Broadway Cares/Equity Fights AIDS as well as in sold-out runs at New York’s Café Carlyle. Known to Twitter fans as “Dramatic soprano and down-to-earth diva,” DEBORAH VOIGT was named by the Los Angeles Times as one of the top 25 cultural tweeters to follow.