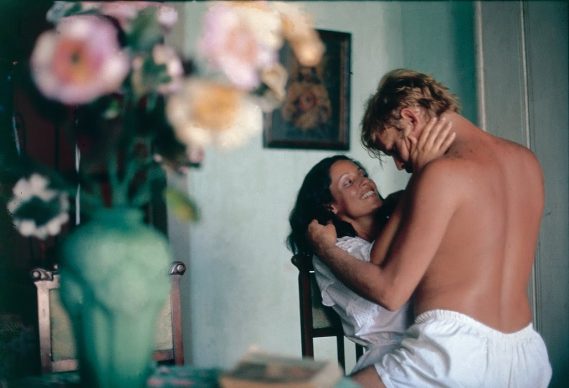 U.S. premiere of the new 4K restoration of Dona Flor and Her Two Husbands, the film that made Sonia Braga an international star!

As the film opens, Dona Flor (Sonia Braga) is widowed as her wastrel of a husband, Vadinho (José Wilker) literally drops dead from acute carousing during a street carnival in 1940s Bahia. The unexpected turn of events allows Flor to find respectability as the wife of a dutiful pharmacist, perfect in every way except when it comes to lovemaking. Imagine Flor’s surprise when, on the anniversary of Vadinho’s demise, he returns from the grave, ostensibly to answer her prayers, as a naked ghost that only she can see. The classic homonymous novel by the great Jorge Amado comes to vibrant life as helmed with a sure hand by twenty-one-year-old first-timer Bruno Barreto. The film made Sonia Braga an international star and Chico Buarque’s song, “O Que Sera, Que Sera” a worldwide sensation. On the eve of its 45th anniversary, Dona Flor remains the funniest, sauciest film to come out of Latin America.