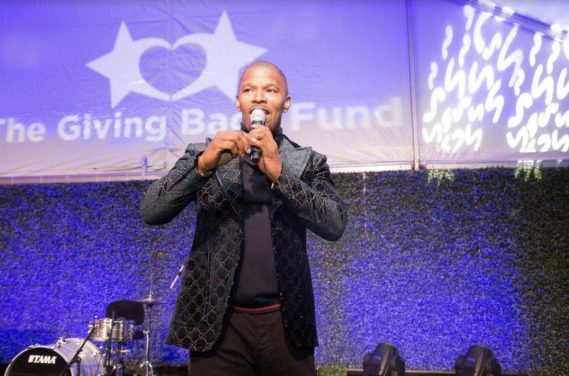 The Giving Back Fund and Oasis House is proud to host Big Game Big Give (BGBG), the largest celebrity charity event taking place during Super Bowl weekend, in Miami, the host city for Super Bowl LIV.

There will be a private invite-only CBD-focused dinner and drinks pairing experience for 50 select celebrities and VIPS in the 1930’s historic home of the estate, overlooking Biscayne Bay. The unique VIP lounge experience will include a hemp-based CBD-infused upscale dinner menu in partnership with Colorado-based hemp-based CBD industry pioneer Charlotte’s Web ; master blend tastings with $2,000 bottle of Dictator Rum and an herbal paired dinner by celebrity Chef Max Hardy. The seated dinner will take place from 5:00pm until 6:45pm.

Throughout the event, YachtCreators, an award-winning yacht company celebrating its 20th anniversary, will showcase its latest creation, a newly designed $10 million, 90-foot yacht by LeVen Yachts. Select VIP guests will have access to board the never-before-seen yacht.

Launched in 2009 by Marc Pollick, president and founder of The Giving Back Fund, a national nonprofit that creates and manages charitable foundations and philanthropic projects for high net worth individuals, celebrities, athletes, business entrepreneurs and corporations, Big Game Big Give aims to put philanthropy center stage on arguably the world’s biggest stage, Super Bowl Saturday night. To date, Big Game Big Give has raised more than $10 million for worthwhile causes around the globe.

“Big Game Big Give is our way of celebrating philanthropy while paying homage to the unique culture and spirit of the Super Bowl’s host city,” stated Marc Pollick, president and founder of The Giving Back Fund. “Together we can make a difference in this world and the mission of this event is to do that by raising funds and increasing awareness for a multitude of national charities and local nonprofits in Miami that are helping communities in need.”

Limited tickets to Big Game Big Give are available for purchase by emailing bgbg@givingback.org. For more information, visit givingback.org.