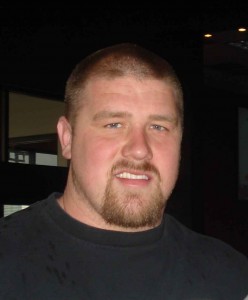 Cory Procter, a sixth year NFL veteran and offensive guard of the Miami Dolphins, is one of 15 aspiring musicians who are participants on the new original series “Rock ‘N’ Roll Fantasy Camp” which premiered on Saturday, October 16 at 10 PM ET/PT on VH1-Classic.

The participants are from a wide range of backgrounds and musical playing experiences. From the novice musicians who have little or no experience, to those like Procter, who has had some taste of the rock and roll life while as a member of the band Free Reign which he started with three teammates while a member of the Dallas Cowboys.

Following an audition, Procter, along with other aspiring musicians were divided into bands consisting of five members and paired with a legendary rock star counselor, Mark Hudson, Rudy Sarzo or Kip Winger, with the ultimate goal of being a part of a live performance with a rock and roll legend.  For one week, Kip Winger acted as the group’s counselor and guided the band through rehearsals and helped them to prepare to make their rock and roll dreams come true, a performance before a live audience at a historic rock venue, The Key Club in West Hollywood.

“It was awesome, it really was,” explained Procter, an aspiring drummer, of his experience on the show. “Not only do you get better as a musician, but you learn how to become a musician. How many people can say they have performed at a place like the Key Club? At first you’re nervous because you have committed to playing a show at the end of the week, but by the end of the week you have the confidence to play in front of a crowd and you are jamming on stage with some cool rock stars.”

Hosted by Carrie Keagan, the next original episode of ‘Rock ‘N’ Roll Fantasy Camp’ is scheduled to air on Saturday, October 23 at 10:00 p.m. EST on VH1-Classic.