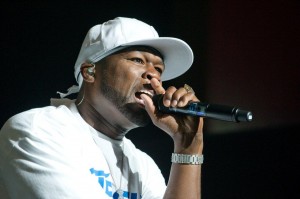 World-renowned recording artist, actor, producer and screenwriter Curtis “50 Cent” Jackson brings his latest feature film to the Miami Dade College’s Miami International Film Festival (MIFF) on Saturday, March 5, with the World Premiere of the highly anticipated drama Things Fall Apart. Based on the real-life, true story of one of his closest friends, 50 Cent stars in his most stirring leading role since his acting debut in the 2005 biopic Get Rich or Die Tryin’.

In Things Fall Apart, 50 Cent is Deon Barnes, a college football star bound for the NFL who suddenly gets sidelined with cancer and sees his life come crashing down around him. Deon must find the courage to face his new reality and fight his toughest opponent ever—on or off the field. 50 Cent co-wrote the screenplay and was so dedicated to the project and the role that he shed more than 50 pounds while filming during summer 2010 in order to accurately portray Deon’s gradual physical deterioration caused by the disease.

50 Cent, Emmett and Peebles, as well as select supporting cast members, are scheduled to attend the Festival.

Red Carpet: Saturday, March 5 at 9:00 p.m., Gusman Center for the Performing Arts, 174 East Flagler Street, downtown Miami. (Only accredited and approved media will be permitted to cover the Red Carpet.)