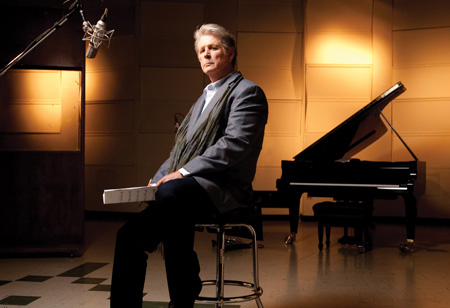 Award-wining artist, singer, composer Brian Wilson will bring his time-honored greatest hits and a selection of George and Ira Gershwin favorites to Hard Rock Live at the Seminole Hard Rock Hotel & Casino on August 5 at 8 p.m. Tickets now on sale.

One of the most influential composers of the last century, Brian Wilson, along with his brothers, a cousin and a friend, formed the Beach Boys while still in his teens. With Wilson as chief songwriter and arranger, the band not only enjoyed dozens of hits, but changed music forever. Songs like “I Get Around,” “Help Me, Rhonda,” “California Girls,” “Wouldn’t It Be Nice,” and the #1 smash “Good Vibrations” remain indispensable staples in the rock ‘n’ roll canon. The band’s Pet Sounds is regarded as one of the greatest albums of all time.

Wilson’s remarkable journey began in a modest Hawthorne, California home with his two younger brothers (Dennis and Carl). He was barely out of his teens when he began to create some of the most beloved records ever – nine consecutive gold albums that featured classics such as “Surfer Girl,” “In My Room,” “Don’t Worry Baby” and “Fun, Fun, Fun.” Those are just a few of the more than two dozen Top 40 hits Brian co-wrote, arranged, produced and performed with his family band, the Beach Boys.

The first was Pet Sounds, the emotional autobiography of its 23-year old “auteur.” It is considered by many to be one of the greatest albums ever made. The album reached #10 and featured four hit singles including two Top 10 hits, a reworking of the folk standard “Sloop John B” and “Wouldn’t It Be Nice” as well as two others that cracked the Top 40 – “God Only Knows” and “Caroline No.”  The second album

became the Beach Boys’ first million-selling, worldwide #1 and milestone in recording history – Good Vibrations.  The third major production Wilson believed would be “a teenage symphony to God” was SMiLE featuring “Heroes & Villains,” “Surf’s Up,” “Wonderful,” “Cabin Essence” and the wordless a cappella marvel, “Our Prayer.”

Brian was nearly done with SMiLE when a combination of circumstances (record industry pressure, technical challenges, personal issues, internal group dynamics, etc.) forced him to shelve it. During the subsequent 37 years, though, SMiLE became the most famous unfinished, unreleased album ever.

Yet, throughout the years, even as Wilson battled his personal demons and rode the roller coaster of professional ups and downs, he continued to produce intimate musical gems and make beautiful music.

In 1988, Wilson finally released his first solo album which featured “Love and Mercy,” the moving “message” song that often ends his concerts, vintage compositions like “Melt Away” and “There’s So Many,”  as well as his first extended piece since the SMiLE era, a modular suite called “Rio Grande.”

Two years later, the reissue of several Beach Boys productions introduced the music to a whole new generation pushing them to platinum status. The Good Vibrations 5-CD collection (which included the first official release of outtakes from the SMiLE sessions) was a stunning career overview and 1997’s The Pet Sounds Sessions box set earned Wilson a Grammy nomination, his first since Good Vibrations.

In 1995, Wilson returned full-time to music and began releasing new solo music that eventually led him back to the concert stage. He was feted in 2001 at “An All Star Tribute” at Radio City Music Hall and took part in a series of charity concerts and studio collaborations that were featured on Wilson’s third solo album, 2004’s Gettin’ In Over My Head.

His latest releases are The SMiLE Sessions (2011) and Brian Wilson Reimagines Gershwin (2010).

Tickets cost $69, $59 and $49*; all seats are available at the Hard Rock Live Box Office, Tuesday – Saturday from noon – 6 p.m. and Sunday – Monday only open on event days at noon. Tickets also are available at all Ticketmaster outlets online at www.ticketmaster.com or charge by phone: 1-800-745-3000. Doors open one-hour prior to show start time. *Additional fees may apply.