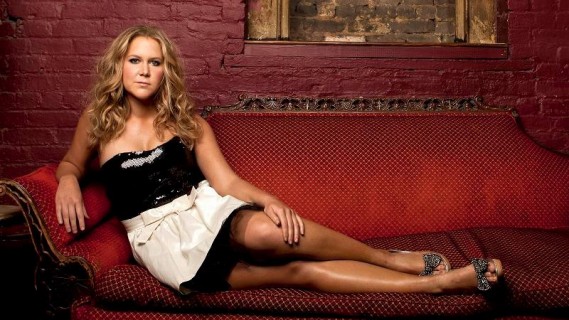 Appearing Friday April 19, 8 p.m. at the Colony Theatre is Amy Schumer who is returning from her sold-out show at last year’s Festival.  Schumer was recently featured as one of Variety’s “Top Ten Comics to Watch” and her hit one-hour special, titled “Amy Schumer: Mostly Sex Stuff,” aired on COMEDY CENTRAL and was one of the highest-rated and most-watched stand-up specials in 2012 with over 1.6 million total viewers watching the premiere.
In 2011, she released her first album “Cutting” on COMEDY CENTRAL Records.  Her new series “Inside Amy Schumer,” premieres Tuesday, April 30 at 10:30 p.m. ET/PT on COMEDY CENTRAL and features Schumer’s provocative and hilariously wicked mind as she explores topics revolving around sex, relationships, and the general clusterf*ck that is life through a series of scripted vignettes, stand-up comedy and man-on-the street interviews.  Tickets are $35.00.

And don’t forget to catch the free Outdoor Comedy Stage on Lincoln Road at Euclid Avenue, nightly from Thursday through Saturday at 9PM.  Always a highlight of the Festival, this year you can catch rising stars Michael Che, Chris Distefano, Sean Donnelly, Sarah Tiana and Brooks Wheelan.