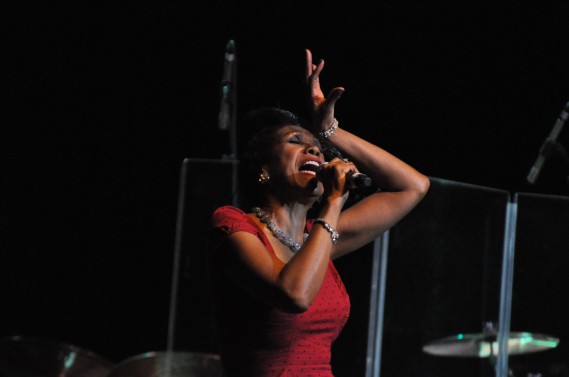 “Let’s keep it in the family.” _Ruth Pointer/The Pointer Sisters

Whenever the Pointers sisters perform together it is a family affair. The original members of the group were Ruth, Anita and June Pointer. Since the passing of the youngest sister and member of the group, June Pointer in 2006, the group has been touring with Ruth, Anita and Ruth’s daughter, Issa. However,  Anita who is said to be on medical leave was temporarily replaced by Ruth’s granddaughter, Sadako Johnson on stage at the Seminole Hard Rock Casino and Resort in Hollywood, Florida. 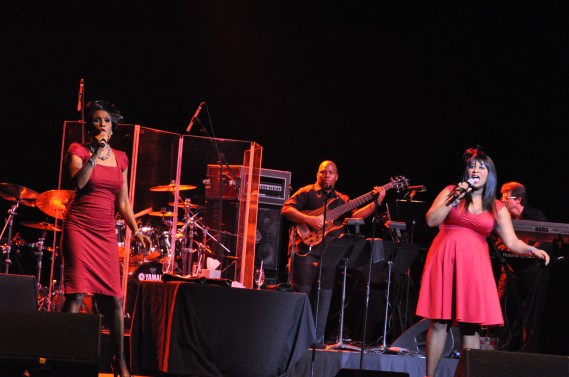 One could not tell much the absence of the other members as the replacements were equally talented. And Sadako bears some resemblance in her on stage presence to her Rock and Roll and energetic aunt, June. They gave an amazing performance and lived up to the Pointer Sisters’ name.

“Kids need jobs, keep the kids working,” echoed Ruth on stage. And they definitely worked for their money.

During the short and sweet one hour show, Ruth proved why fans continue to support the Grammy Award-winners, The Pointer Sisters whenever they tour-they put on a good show. 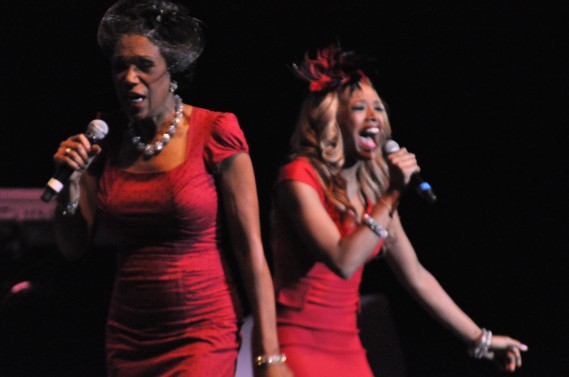 With over 35 years in the business, 5 children and 3 grandchildren Ruth was as energetic and excited to perform as though it was her first show. Her grooves and moves on stage were smooth like a true veteran.

There was a brief intermission when the ladies exited the stage for a costume change- from fire red dresses to an all black ensemble-a combination of hot pants, mini dress and jumper set.

They returned on stage with “Fire” and an upbeat tempo. “I’m So Excited” had everyone on their feet dancing.

After the encore the show ended with everyone in a party mood to ‘Jump (For my Love)’ which broke into a sing a long. 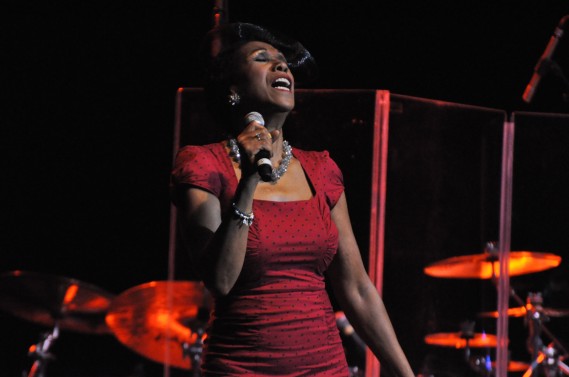 Ruth thanked the audience for their support and talked about her affinity for South Florida. “I love Florida, we go way back,” she said.

Sisters are doing it themselves and these sisters have done it for decades. They have entertained us all with great hits like I’m So Excited, Neutron Dance, Fire, He’s So Shy, songs we will forever love, appreciate and continue to dance to, no matter what age.