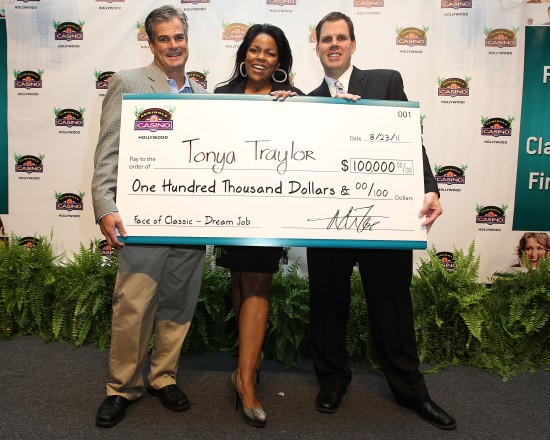 Vocalist and single mother Tonya Traylor of Miami Gardens, Fla. outshined nine other finalists to walk away with a job as the ambassador of Seminole Casino Hollywood on Aug. 23 for which she will be compensated $100,000 in salary and benefits. The first-ever “Face of Classic $100,000 Dream Job Giveaway” had attracted about 1,000 applicants in a June casting call.

Born in Tennessee and raised in Miami-Dade County, Traylor – a former first runner-up in the Miss Black America Pageant – is currently lead singer of a corporate party band in Miami and an independent videographer. She has an extensive background as an actress in stage musicals, and in production work for radio, television, magazines and websites. She holds a Bachelor of Arts degree in mass communications and broadcast management from Clark College in Atlanta, Ga. 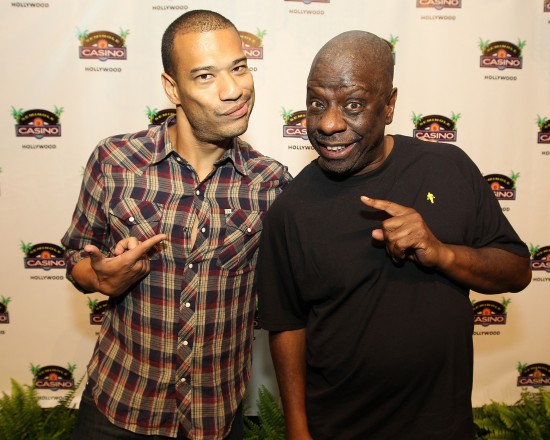 Traylor will work with Bitner Goodman Inc., the Fort Lauderdale-based public relations firm of The Seminole Tribe of Florida, Inc., in promoting the casino that was built in 1979 at the corner of Stirling Road and U.S. Route 441 in Hollywood, Fla. 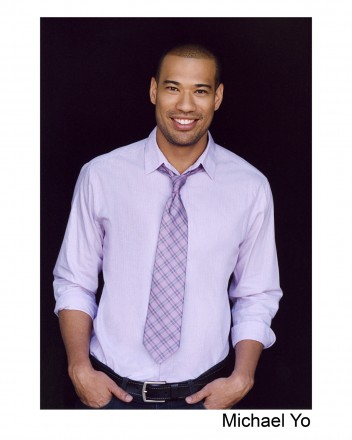 The effervescent singer bolted from her seat, screaming and running to embrace friends and family when her name was announced by casino general manager, Adrian Fox. She commented to media in attendance that “this is a wonderful chance to utilize my skills and help attract even more people to this fun property.”

In addition to a one-year $75,000 salary with possibility of extension, she will have use of a new car with free gas, a $6,000 shopping spree at Macy’s, free meals, $1,000 in cash, a $2,500 photo and video shoot portfolio, a special parking space at the casino, and more. For that compensation package she will be involved in multiple TV, print, and billboard advertising photo shoots, attend all of the casino’s community and special events, co-host the majority of promotions on the property, perform all casino intercom announcements, conduct a radio publicity tour, host the casino’s Facebook account, post YouTube videos, and write daily tweets. 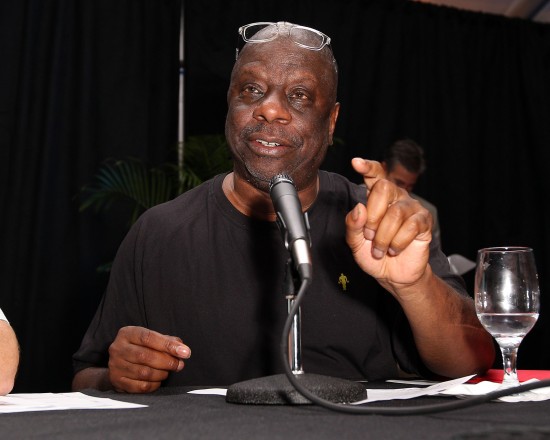 “It’s been an extensive process and we’re now looking forward to putting Tonya in our advertising, promotions and events as the “Face of Classic,” said director of marketing, Rob Dearstine. Seminole Casino Hollywood is often referred to as “the Classic” because in 1979 it was the first American Indian casino built in North America. Many of its patrons have been playing there since it opened almost 32 years ago.

The nine other finalists didn’t go home empty handed with $1,000 in cash, $250 in free casino play, and a photo shoot portfolio they can use at their next job interview.