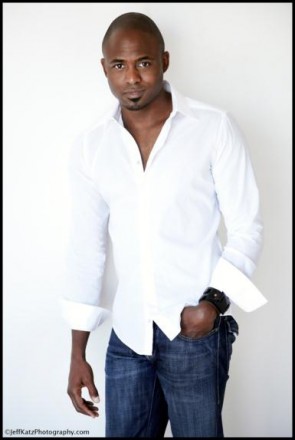 Emmy award-winning Wayne Brady will perform at The Pavilion at Seminole Casino Coconut Creek on Friday, June 7 at 9 p.m. Tickets are on sale, now.

For over a decade, Brady has been entertaining audiences with his acting, improv, singing and dancing on television, film and the stage. He began his career in Orlando, Fla., working for both the Disney World and Universal theme parks. He also performed in several community theatre shows and at the Orlando improv comedy theater SAK Comedy Lab.

In 1998, his career took off with Whose Line Is It Anyway? for which he won a 2003 Emmy Award for Outstanding Individual Performance in a Variety, Musical or Comedy Series. Brady went on to host his own syndicated talk/variety show, The Wayne Brady Show, for two years. He picked up two Emmys for Outstanding Talk Show Host, and the show also won an Emmy for Outstanding Talk Show. Brady has also hosted Don’t Forget the Lyrics on Fox.

In 2005 Brady took the opportunity to return to his first love, musical theatre, and starred in the Broadway production of “Chicago,” playing the role of “Billy Flynn.”

In 2006, he starred in the movie Crossover, and in 2007, he starred in the independent feature The List. Brady was also featured in Fox Searchlight’s Roll Bounce (2005). Brady provided his voice for the animated feature Foodfight! and most recently as “Clover” for Disney’s highest rated animated series, Sofia The First. He has guest starred on TV shows including The Dave Chappelle Show, 30 Rock, How I Met Your Mother, Real Husbands of Hollywood and Everybody Hates Chris.

After conquering television and theatre, Brady took on the recording industry and earned a 2008 Grammy nomination for Best Traditional R&B Vocal Performance for his single, “A Change is Gonna Come,” off his debut musical album A Long Time Coming.

He made a big splash in Las Vegas in 2009 with his hit stage show “Makin’ It Up.” The show was met with critical acclaim and has been heralded as “pure genius,” “hysterically funny” and “amazing.” He has taken the show to venues across the country and overseas to South Africa, Australia, New Zealand, and India and is currently on tour in the states.

In August 2010 he joined the all-star cast as “Angel” in the musical “Rent,” performed at the Hollywood Bowl and directed by Neil Patrick Harris. This one-weekend event opened to sold-out performances and outstanding reviews.

Brady also released a children’s album entitled Radio Wayne with Disney Records in May 2011, which reached the number one position on iTunes and Amazon Kids’ charts. He is currently working on his third album with a release date set for June 2013.

Brady can be seen weekdays on CBS as the host of the daytime classic Let’s Make A Deal, for which he’s been nominated three years in a row for a Daytime Emmy for Best Game Show Host. He was recently nominated for his sixth Daytime Emmy. This summer he brings his fan favorite Whose Line Is It Anyway? back to primetime.

Tickets are $30, $40 and $50 and are available at www.ticketmaster.com. *Additional fees may apply.