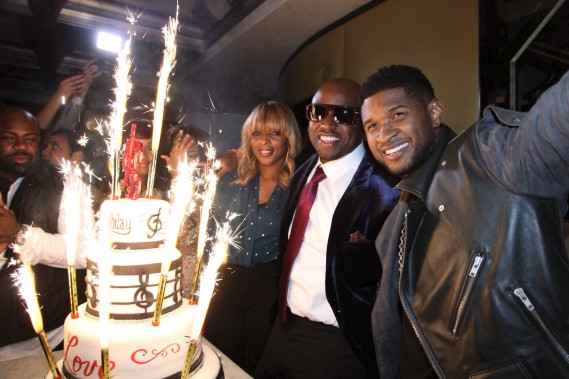 The most exclusive invitation-only event during this year’s Art Basel Miami Beach turned in to an award-winning bombshell on Friday night, when one hundred of the music industry’s closest contemporaries were taken by complete surprise by one today’s leading music icons during a private dinner party at Vic & Angelo’s in South Beach.

Half way through devouring mammoth sized dishes of 11oz kobe meatballs, one hundred of the closest friends of acclaimed songwriter and music producer, Rico Love, stopped to listen while one of the co-hosts of the evening stood up on his chair to address the party as the music stopped.

“I have something very special to give Rico tonight, and I’m glad you’re all here to share it with me.” 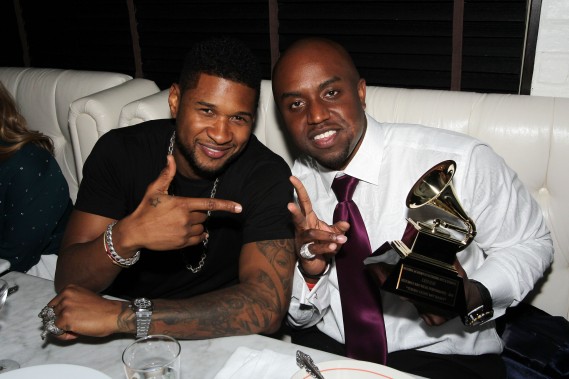 With a large sized black leather bag on the table in front of him, and with a starry-eyed Rico Love sitting alongside, legendary pop icon, Usher, unzipped the bag and reached in.  In front of an audience of dozens of astonished onlookers, the king of urban pop touchingly presented his last Grammy award to his good friend and mentor.

“This is one of many, but I just wanted to say how my successes are your successes.  Without him, I wouldn’t have completed this journey, so I wanted to present this to you as a good friend.”  The crowd cheered in delight.

“This category of Best Male R&B Artist no longer exists, so I wanted to give you something memorable from my personal collection.” 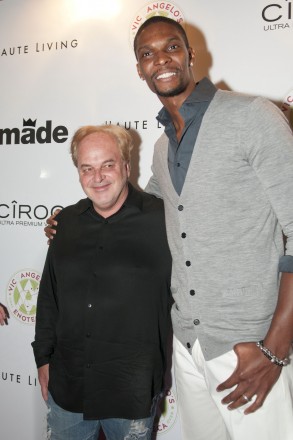 “I want to thank you all for being here with me on this special day,” said Love.  “I wouldn’t have made it this far without each and every one of you.”