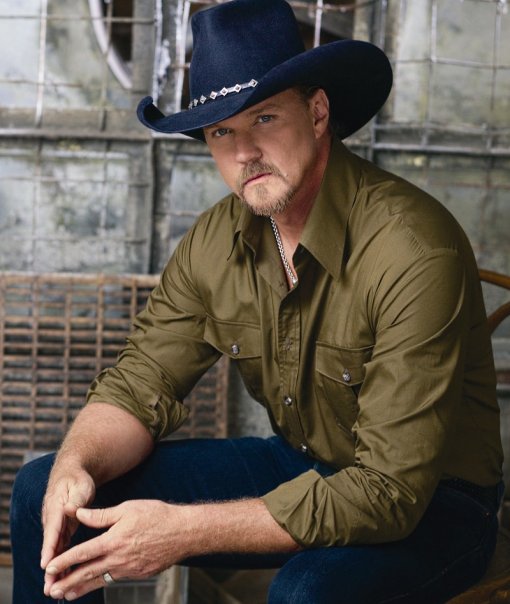 As a first time host, country music super-star and contestant of NBC’s Celebrity Apprentice, Trace Adkins will be doing double duties at the American Country Awards.

At the time of this conversation, Trace was still working with his writers on scripts for the show. He is hoping that he will deliver and not make history to be fired while hosting the show. It was interesting listening to Trace talk about the rustic roar of his voice which he said he earned from lots of smoking and drinking whiskey.

Trace talks about the roller coaster ride of his career, and how much he enjoys the place his musical career is at right now.

Trace Adkins: We haven’t discussed the payment yet. I think I’ll get into that about a minute before I go on stage and I’ll have a contract for them to sign. “Here you go, sign this by the way, before I go out there.”

Daedrian McNaughton: As a first time host, what performances are you looking forward to and who’s your favorite tour?

Trace Adkins: My favorite tours are always the ones that I’m on, but that’s just because I have the most fun on those. As far as performances go, I know all those people. I’m not really looking forward to any of those performances. Most of them aren’t very good, so I don’t know why anybody would even want to watch this show.

Daedrian McNaughton: Over the years it seems like country music has moved away from its roots into rock, and  country pop, do you see it continuing in this trend?

Trace Adkins: Yes, of course. I think there’s a good reason for that. I think most of the producers in Nashville that are really hitting their stride right now, the guys that are really the cream of the crop are of that age where they were influenced by that kind of music when they were growing up. So you hear it now in a lot of country acts. I think it’s just a reflection of how they grew up.

Daedrian McNaughton: Trace, you’ve had an amazing run in the past year and a half. You’ve gained a lot of fan support on the Celebrity Apprentice, and the release of your new album. How do you feel about this boost in your musical career?

Trace Adkins: Oh, well, it’s been a roller coaster ride. I mean there are highs and lows and there will be couple of years where you’re having some big hits and things are going great and then it seems like you’ll hit a cycle, at least in my career it’s been that way. Then things will slow down for a year or two and it’ll pick back up. I’ve been enjoying some success here recently. I’ve had an opportunity to do a lot of different things that it has exposed me to more people and so that’s great. I’m having fun with it. Like I said earlier, that’s really the main question.

I’m at a beautiful place in my career now. That is a point where I can ask that question, “Is this going to be something that I think will be fun to do?” If the answer to that question is, “Yes,” then the other things don’t really matter that much, you know the money and all that. It’s just, “Is it going to be fun?” When I ask that question to myself about this hosting gig and that answer was, “Yes,” and I’m going to go do it.