Tim Reynolds, of Dave Matthews Band, describes his career as a journey of exploration, an experiment, one that is constantly evolving day by day, and at times accidental.

In 2011, Reynolds was nominated for a Grammy (Best Rock Instrumental Performance) for the song he wrote, Kundalinin Bonfire, and performed with Dave Matthews. He is humbled by the nomination and is glad that his music is being recognized.

And in between touring with the Dave Matthews Band, he takes time for solo tours and his band TR3.

About four years ago Tim Reynolds resurrected TR3, a band he originally created in the mid 80’s which blends powerful acoustics with varied covers and original materials.

In my interview with Reynolds, he admits he is slow to keeping up with technology, and aside from his four year old iphone, the most involved he is in the tech world is through his work in the studio, and he doesn’t even own a computer.

Grammy nominated multi-instrumentalist and songwriter, Tim Reynolds, of Dave Matthews Band, will perform FREE with his trio, TR3, at Seminole Casino Coconut Creek in the Nectar lounge on Friday, March 11 at 9 p.m.  For more on Tim Reynolds, visit www.timreynolds.com. 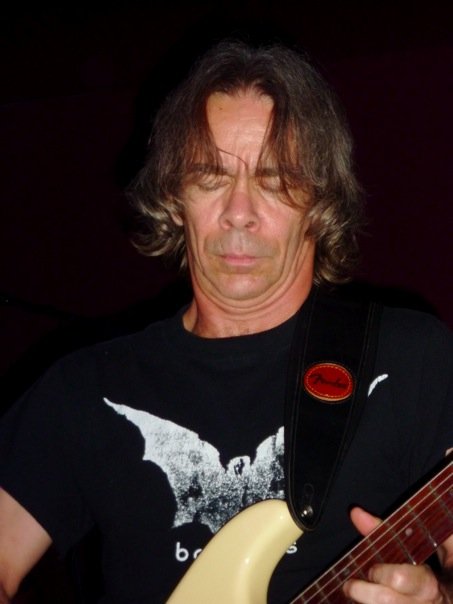 Congrats on your Grammy nominations for Kundalinin Bonfire…

Tim Reynolds: I am very surprised, it’s a bit that I play on the acoustic guitar when I play acoustic gigs. A lot of improvisation, but based on an idea that I expand on, it is a different energy everytime I play it. I was surprised that that was mentioned and I am very honored.

Are you excited about coming to South Florida?

Tim Reynolds: We perform in South Florida at least twice a year with my band and I am extremely excited to come down and play. It should be interesting.

Several years ago you disbanded TR3, why have you decided to resurrect it?

Tim Reynolds: We have been playing for the last four years, and the original idea wasn’t to resurrect the band. It was to get a band together. When I first moved here I was playing solo, and after playing a few gigs, a former partner and friend mentioned that there were a lot of musicians around here. We played at gigs locally and it was a whole lot of fun. We called the band TR3 because my booking agent suggested it as it would be easily recognized and remembered from back in the days. TR3 songs from back in the 80’s. This new TR3 has been around for 4 years a more consistent version but I am really excited to bring it to South Florida. I have been working on some new music also.

What kind of music will you deliver?

Tim Reynolds: Some cover, James brown, a lot of everything, but mostly originals. 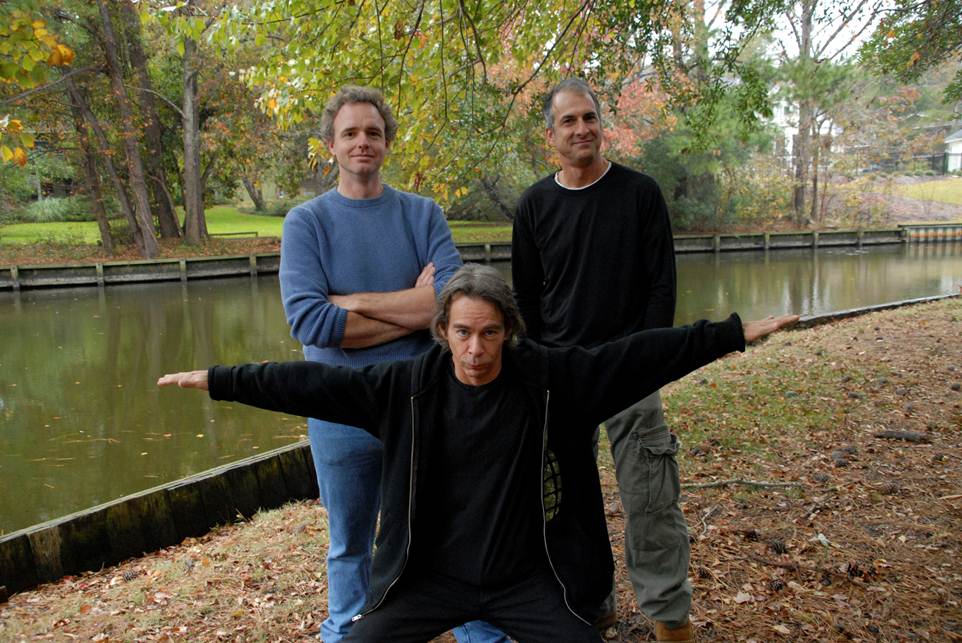 An influence of yours was Bob Marley, Can you tell us how he influenced your music?

Tim Reynolds: We definitely do some Bob Marley. When tr3 started in the 80’s we did a lot of Bob Marley. It was almost one of the things beside playing other music, that was my discovery at that time. I was very interested in learning his music. It was very simple on some ways but very powerful. We did some original reggae tunes, we also played couple of Bob Marley songs. I love the message of his music, the beauty of it, just very happy and truthful music. One of my heroes.

Tim Reynolds: I play mostly guitars now. At the end of the 80’s into the early 90’s I was experimenting with different instrument and I grew up learning the piano and I really didn’t follow through. After a while I just wanted to play the guitar but I definitely had a good musical education from that. Then for a while I learned the violin and other instrument. I took what I learned from the other instrument and brought it all back to the guitar. I mostly play guitar and integrate the things I learned from those instrument. There was a period in my life when I was exploring other instrument, but at this time I am mostly focused on the guitar.

As the lead guitarist of the Dave Matthews Band, what is a typical day like with you and the band?

Tim Reynolds: For the most part I helped when they first started recording their records. I was the local guitar guy so they brought me into the studio to help with the sound. They were adding some flavors. We did duet gigs, acoustic duet gigs…some were local, as the band expanded its fan base we expanded those gigs. We did them here and there. The experience with them was different. Early I only worked with them in the studio and most of the time I just did my own gigs and with the band. The last couple of years I was on tour with them, so you see me on tour with them a lot more. Before that I didn’t really tour with them much. I toured with them in 1998 for a couple of months up until the last couple years. A typical day with them on the road is just like being on the road; you get up and travel. With DMB the traveling is usually at night after the gigs, you usually take a bus or fly to the next city but when I am with my band, we try to do it during the day. We try to keep it normal musician hours, but there is no such thing as normal musician hours.

Being a musician is it very taxing and challenging for relationships and personal life?

Tim Reynolds: Yes it is, but you get used to it because that becomes the normal thing. I have been lucky, for the last two years I have been home, that is nice. I have not been home this long for the past three years.

You will be releasing your new cd this year, what can we expect?

Tim Reynolds: Live TR3 band CD. It represents our live shows. We are still mixing but we are almost finish. I don’t know what the release date is, we are still working on getting it together. It is going to be a lot of fun. It will be a good representation of what we sound like live. There will be covers, originals as well as new materials.

You performed on the Songs of Tibet album, can you talk about that?

Tim Reynolds: In the early 80’s I became interested in Tibet and Buddhism. I was interested in the literature, the languages and I went into the Lama’s gift. Buddhism is a wide open religion and out of respect for Buddhism, I wouldn’t call myself a Buddhist because I am not a very religious person but I draw a lot of inspiration from it. It is more psychology than a religion. I am always checking it out. I am not particularly disciplined that way to say that I am a Buddhist but my philosophical approach is probably the closest thing. I am mostly impressed by the Dalai Lama as human being who has taken such a light on the world. He is such an inspiration to so many people. I think he is an amazing human being.

Everything in the industry has changed in terms of technology, how has this affected your career and are you changing with the time?

Tim Reynolds: I can’t keep up. I only have a cell phone for the last three or four years, an iphone. I am very slow at keeping up. I am pretty slow in catching up with technology. Of course going into the studio, I have to embrace technology. I don’t have a computer, I got an iphone because you can do emails etc., that’s the most high tech I go. It’s not even 4G, it’s just a regular phone, and that is plenty of technology for me because I am pretty much stuck.

Tim Reynolds: I don’t personally but I think there is a twitter and Facebook account for the business. It is hard for me to keep up with emails and texting and just phone calls. I think it is cool that social networking is a part of an evolution of human communication. I have not taken the dive. Everyone I know has facebook and twitter. I feel if I got all involved with that it would take so much time just dealing with that. I just like to practice, easy to listen to music and read books. I am still of that era with engagement. I think facebook and twitter is cool especially in modern times of revolutionary activities across the world.