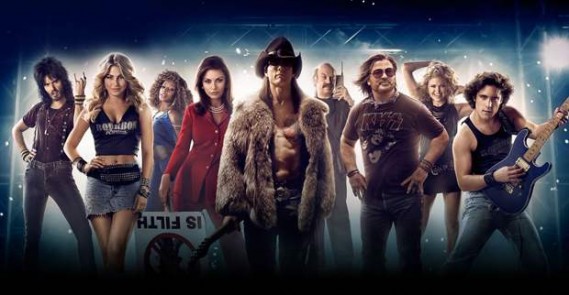 Revolution Live, in the heart of downtown Ft. Lauderdale and AnnetteWork Productions of Hollywood, in conjunction with the Broward Office of Film and Entertainment, host the Rock of Ages Movie Release Party! Revolution Live was transformed to “The Bourbon Room” in June of 2011 for the filming of Rock of Ages, starring Tom Cruise.  Experience the room as you see it in the movie.  80’s cover band Lazy Bonez featuring guitarist Brev Sullivan who was in the film as Stacee Jaxx’s guitar player in the band Arsenal will lay down some awesome tunes.  Also School of Rock students will open the show at 9PM with their own 80’s inspired set.  Revolution’s huge video screen will show candid photos and video shot during the production of the movie.  Specialty drinks will be provided by Jack Daniels including “Pour Some Sugar On Me” shots and “Jaxx & Coke”.

Dress the part and register at the door for the Rock Of Ages Character Look-a-Like contestto win rockin’ cool prizes including: $100 for the best male and female look alike, Studio time from Markee, Leather Rock Bands Fashion by Artist & Model Lee Dahlberg, Ted Nugent Tickets from Revolution Live along with several other shows, and America’s Backyard gift certificates. Radio personality Steve Stansell will announce the winners.  It’s a party to remember!  Don’t be left behind.  Become part of music history and join Revolution Live for the Rock of Ages Movie Release Party!