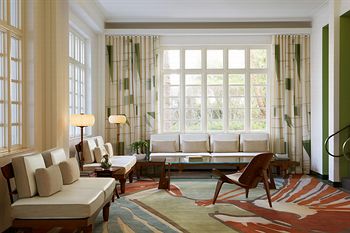 The James, a hospitality brand synonymous with the seamless blend of modern, residentially styled spaces and guest-centric service, announced the planned opening of its third luxury hotel, The James Royal Palm in Miami. Scheduled to begin welcoming guests in late 2012, this exciting addition to the South Beach hotel scene is the reincarnation of the historic and much-beloved Royal Palm Hotel.  The property is owned by KSL Capital Partners, a private equity firm specializing in travel and leisure enterprises.

“Having successfully opened hotels in two of the most stylish and cosmopolitan cities in the world, it seemed only natural to expand The James brand to Miami,” said Brad Wilson, COO of Denihan Hospitality Group and one of the founders of The James brand. “The culturally rich neighborhood of South Beach is the ideal choice, and, thanks to the history of the Royal Palm, The James Royal Palm is automatically embedded in the traditions of this vibrant community.”

The James Royal Palm will be the brand’s first hotel in Florida, with 179 guest rooms and 211 studios and suites, the majority of which have ocean views. Located just steps away from the beach and world-famous Ocean Drive and Collins Avenue, the hotel will also boast two swimming pools, a beachfront restaurant, a poolside bar, a lobby lounge, a full-service spa and over 10,000 square feet of meeting and event space. Poised to be a top luxury hotel in South Beach, The James Royal Palm will offer personalized comfort, generous complimentary amenities, custom-designed, modern furniture and impeccable service to create an environment that is ideal for both business and leisure travelers. 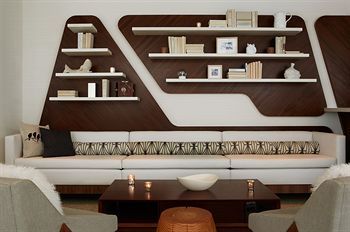 Indicative of The James brand persona every detail of The James Royal Palm will be meticulously chosen and artistically inspired, with interiors designed by internationally-recognized interior designer, Lauren Rottet, of Rottet Studio. The overall renovation will be respectful of the original Royal Palm’s history, with several design elements paying homage to the art deco roots of the original hotel as well as the local area. Specifically the property’s majestic royal palm trees will remain, continuing to play a key role in welcoming the hotel guests to the front entry drive, with additional palm trees being added to exterior areas near the pool.

“We were thrilled to be chosen as the design firm for The James Royal Palm,” said Lauren Rottet, Founder of Rottet Studio. “We strive to ensure that the interiors reflect an essence of approachable luxury as well as the proud history of both these legendary buildings and the dynamic community in which it resides.”

Today’s Royal Palm Hotel was first built in South Beach in 1939 as a four story hotel to replace the original Royal Palm in Miami that had been destroyed by fire the year before. The original Royal Palm was actually the first hotel to welcome guests when Miami first became a tourism destination. As South Beach became a more popular destination, three more stories were added to the building in 1941. It was designed in the then popular European-influenced Art Deco style, the strong vertical elements and horizontal lines meant to denote movement and fluidity. Signature historic design elements included the compass rose in the terrazzo lobby floor, the glass front desk and the porthole windows of the Lobby Bar.

The James Royal Palm will serve as a modern tribute to the building’s rich history, keeping intact many signature elements of the original architect’s design. Similar to The James Chicago and The James New York, the overall design aesthetic at The James Royal Palm will be modern and residentially-inspired, with a focus on local art and environmentally thoughtful touches, such as reclaimed materials and natural fibers. The color palette in both the public areas and the guest rooms will reflect the property’s location, with many shades of pale green and creamy white interplaying in each area. Many of the elements – such as the wall paneling and terrazzo flooring in the entry foyer – also pay homage to the original property’s Art Deco history.

The James Chicago debuted in April 2006 as the stylish alternative for discerning business and leisure travelers alike. Featuring David Burke’s Primehouse, JBar lounge, expansive meeting and event spaces, exclusive James Club guest lounge, spacious, modern and comfortable guest rooms as well as a seasonally rotated exhibition of artwork chosen in conjunction with Monique Meloche Gallery. The James New York debuted in September 2010 anchoring the southwest corner of Grand and Thompson Streets in SoHo. In continuation of the brand’s support for the arts, The James New York features an exclusive, proprietary collection by emerging artists upon each of their 14 guestroom floors. Unique event spaces and impeccable attention to details are found throughout. The hotel boasts culinary destination David Burke Kitchen, a rooftop pool deck, rooftop bar and lounge, Jimmy, an Urban Garden, Penthouse Loft designed by Piet Boon; and a captivating Sky Lobby, accessible by a signature glass elevator and outfitted with furnishings by Cristina Grajales. The latest addition to The James brand is The James Royal Palm, located in South Beach, Miami.