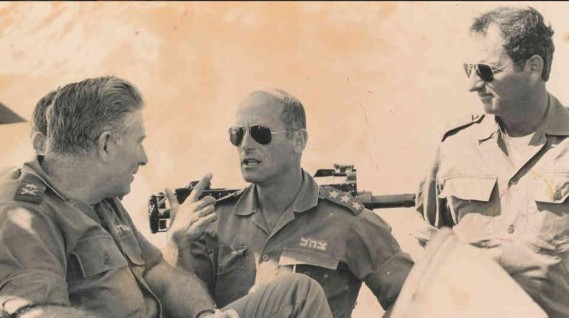 For the first time ever, six former heads of Israel’s domestic secret service agency, the Shin Bet, share their explosive insights and reflect publicly on their actions in this year’s Oscar nominated feature-length documentary, The Gatekeepers, starting its Exclusive Miami First Run Engagement on Friday, March 8, in 35mm, at the Coral Gables Art Cinema. Far from being a film that supports the status quo, The Gatekeepers intelligently and cleverly leads the audience to surprising revelation – each man has come to reconsider their hard-line positions which were at one time in sync with the current Israeli government. They now, as a group, are strong advocates of an approach of compromise with the Palestinians, their former enemies, based on a two-state solution.

Tickets for all screenings and events are available for purchase in advance at www.movietickets.com. Screening times are:

The Gatekeepers tells the Shin Bet story from the perspectives of its leaders, who, more than anyone, received the trust of the country’s political elites. In a series of candid and engrossing interviews, they talk openly about the major events that marked their tenures. At their most intimate, they muse publicly about the morality of torture and terrorism, arrests and assassinations. The film powerfully intercuts archival footage and chilling digital recreations of some of the most harrowing incidents discussed. Director Dror Moreh sums up the power of The Gatekeepers by saying, “No one understands the conflict between Israel and the Palestinians better than these six men. When they speak, leaders listen.” Ultimately, the film validates the reasons that this group of men – pillars of the Israeli establishment and original “hawks,” have come to be fighters for a lasting peace between Jews and Arabs.