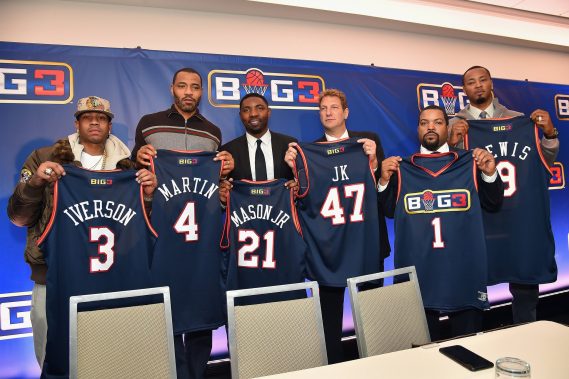 The BIG3, creator of FIREBALL3 and premier global FIREBALL3 league, announced today that its fourth season will launch on Saturday, June 20. Games will take place every Saturday all summer long leading to the BIG3 Championship Game on Saturday, August 29. The only Saturday without BIG3 action will be July 4 so players and staff can celebrate with their families and friends.

Following the tip off on Saturday, June 20 at the FedEx Forum in Memphis, the BIG3 will hit cities nationwide, including Washington D.C., Miami and Chicago. Playoffs will take place in Portland at the Moda Center on Saturday, August 22 and the season will conclude with the BIG3 Championship Game at Detroit’s Little Caesars Arena on Saturday, August 29. This upcoming season is the first time the BIG3 will visit in Memphis, Minneapolis, Washington D.C., Sacramento, Hartford, and Portland. A list of dates and venues can be found below.

“All of the cities we’re visiting this season are known to have some of the most passionate and knowledgeable sports fans in the world, and we can’t wait to bring them the BIG3,” said league co-founder Ice Cube. “Whether we’ve visited a city before or if it’s our first time in town, this year fans in the arena will be treated to something special with BIG3 games, featuring our new one-on-one Bring the Fire rule and entertainment acts every weekend.”

The BIG3 will play only in one city on Saturdays to create festivals in each market, a new feature this season that comes following the success and thrill of BIG3 Ballout in Dallas last year. Festivals will include six games in one venue, musical and entertainment performances, and YOUNG3 clinics in the community throughout the weekend.

“We’re pumped to bring the BIG3 to new cities and venues for our millions of fans across the country to enjoy,” said BIG3 co-founder Jeff Kwatinetz. “Each city we visit on Saturdays will be treated to the hard-nosed, fast-paced on-court action of the BIG3, along with performances from various world class entertainers and YOUNG3 clinics for kids in each neighborhood throughout the weekend.”

This announcement comes after the recognition of the creation and official introduction of the new global sport FIREBALL3 and a series of additional enhancements for the league revealed earlier this year that include: lowering the minimum age to qualify for athletes from 27 to 22 to continue to increase competitiveness; a new “Bring the Fire” rule that allows teams one challenge per half resulting in an in-game one-on-one with the victor winning the call; no longer requiring professional basketball experience and encouraging the best athletes in the world to tryout.

An announcement with on sale information will be released shortly.