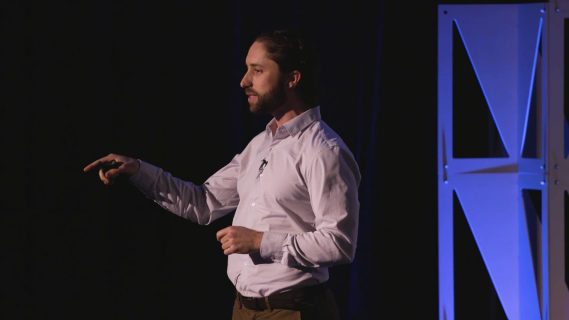 CEO Coaching International, the leading firm for coaching growth-focused CEOs and entrepreneurs globally, is pleased to announce the “Wolf of Wall Street” Jordan Belfort as a keynote speaker for the firm’s  annual Summit. In its 7th year, the company’s CEO Summit will gather CEOs and leadership from around the world to connect, learn and think BIG in an exclusive, invite-only session in Miami Beach April 22-24, 2020.

Nicknamed the “Wolf of Wall Street,” Jordan Belfort made millions in the 1990s through his investment company, Stratton Oakmont. His memoir is the basis for the 2013 Martin Scorsese film ‘The Wolf of Wall Street,’ starring Leonardo DiCaprio. Now an international best-selling author and motivational speaker, Belfort trains and advises companies and individuals through teaching his successful Straight Line persuasion system.

While Jordan Belfort’s original business approach and lifestyle led to a sudden, tough fall from grace, he has since committed his life to channeling his talents to train CEOs, entrepreneurs and sales leaders on the art and science of persuasion and scripting. Today, after 30 years of unmatched sales excellence, Belfort is known around the world for being able to take any salesperson, regardless of experience level, and turn him or her into a top producer and world-class closer in their field.

The techniques in his training program, Straight Line Sales System, have created multitudes of top producers across industries. Jordan has acted as a consultant to more than 50 public companies, including IBM, American Airlines, Virgin Airlines, Hewlett Packard, Symantec, Wyndham Hotels, and more.

Belfort’s presence as a keynote speaker at the Make Big Happen 2020 CEO Summit will allow CEO Coaching International clients to sharpen their sales skills, learn invaluable tactics to become more influential, and walk away motivated to bring their business to new heights. In Leonardo DiCaprio’swords, “There’s nothing quite like Jordan’s public speaking…and his ability to train and empower young entrepreneurs. Jordan stands as a shining example of the transformative powers of ambition and hard work. And in that regard, he is a true motivator.”

For more information about how you can attend the CEO Coaching International’s 2020 CEO Summit, please visit http://summit.ceocoachinginternational.com/about-ceo-summit/.