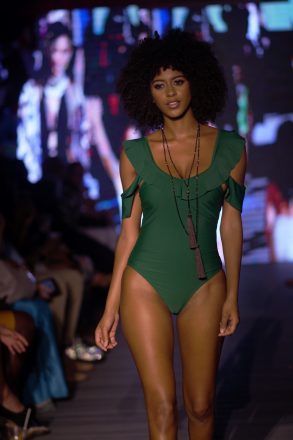 On July 11th-14th, Swim The Globe made a splash at Miami Swim Week with beautiful prints, sultry swimwear, international designers, and a variety of musical acts and pop-up art and wellness products.

At the opening night soiree on Thursday, guests mingled under the tent, sipped Volcanic Vodka cocktails and were photographed with giant butterfly wings and with the step and repeat.

On Sunday at 7pm, the event came to an end with an Emerging Designer Showcase which included Sol + Sorbet by Gina Kravitz, Bikini Me Crazy and Abacaxi Keeni by Brazilian Designer Lana Meduric with the 9pm Closing Show featured Cioccolato Couture by Eastern European Influencer/Designer Eliya Cioccolato

The event which took place at the newly renovated Sagamore Hotel, known as the premier Fashion-Music-Art Hotel of Miami Beach, and the only hotel to have its own curator, Sébastein Laboureau, involved prominent street artists. Swim The Globe included a live mural painting by Mister George (George Nicolas Nader), nephew of renowned art dealer and owner of Gary Nader Art Center in Wynwood, Gary Nader.  Additional art pieces by Skott Marsi were on display in the tents for all 4 days.

The Influencer Lounge was hosted in the cabanas by Paul + Rade based in Los Angeles, Reál Sangria and Viblok from Noon-6PM. Special raffles, swag bags and give-aways took place poolside on Saturday. Music Director Frank Delour’s Move The World Project hosted an array of chill DJs from his days at Cove in the Bahamas. 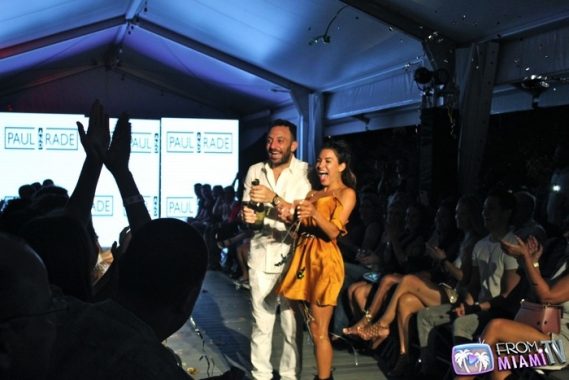