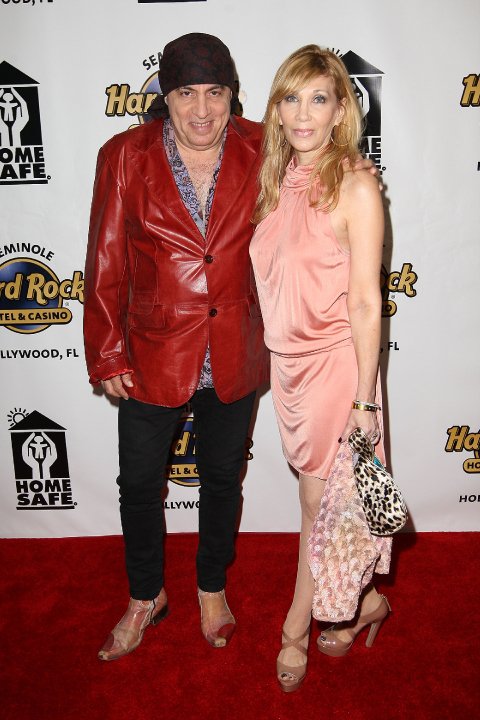 Steven Van Zandt: Fuzztopia is the first international music website. Every genre of music, around 53 genre of music across technology and everything about the business. It will be a way for everyone starting to have their music heard and discovered, and at the same time to give them a little bit of help. Song writing and business seminars to help people sort of manage themselves in a way-manage their own career, and to also help them realize they can’t do everything themselves-there’s help. We are known as the people who give emerging bands a chance on our radio show and this is just an extension of our radio show; not just for rock n roll this time, but for every single genre of music.

Little Steven, or Miami Steven as he is commonly known is an accomplished record producer, songwriter, musician, and actor.  Steven is the host of  Little Steven’s Underground Garage, a weekly syndicated radio show that celebrates garage rock and similar rock sub-genres from the 1950s to the present day. In the late 90’s, Steven also began acting and played the role of Silvio Dante in HBO’s hit series, The Sopranos for seven successful seasons.

Steven believes that creating Fuzztopia will help to form new infrastructures to support the careers of young musicians.

When: December 1&2, 1:00pm to 7:00pm If you’re on the hunt for a midday dance break or feeling claustrophobic in the Miami Beach Convention Center, look no further—on Thursday and…