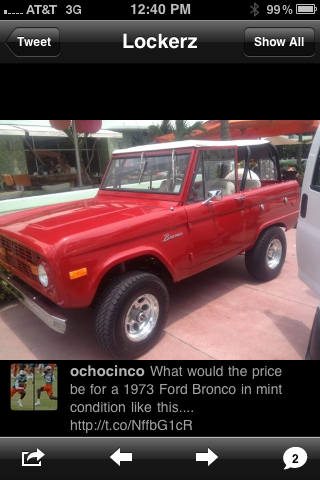 Miami Dolphins wide receiver and reality star, Chad Ochocinco, was seen filming season one of his new reality show, “Ev and Ocho,” today at The Catalina Hotel in South Beach, with fiance Evelyn Lozada (formerly of ‘Basketball Housewives’).  The couple were surrounded by film crews and a barrage of producers as they sat together at the hotel’s popular Asian restaurant, Kung Fu Sushi, before ordering two plates of sushi rolls to share.  Kung Fu restaurant manager, and fiery star of “The Catalina” reality show, Morgan More, welcomed them on-camera and sat them down in private outdoor seating.  The couple seemed subdued and serious during the filmed conversation between Ochocinco and is fiance, who discussed wedding plans surrounding their big day on July 4th, a marriage which his new reality show is based upon, airing on VH-1 starting in September. 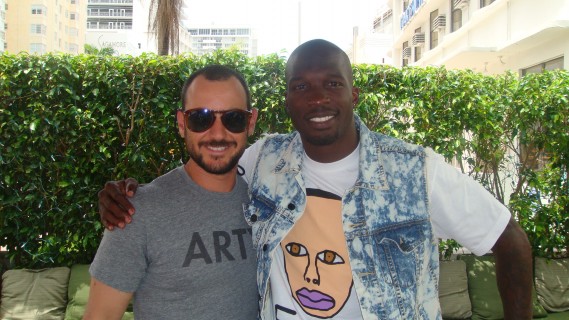 During the shoot, hotel owner and cast member of The Catalina, Nathan Lieberman, accidentally pulled-up on-camera in his roaring re-built 1973 Ford Bronco (as seen on The Catalina – currently airing season one on Tuesdays on The CW).  Following the filmed segment, Ochocinco inquired about Lieberman’s mint condition classic car, asking how many miles the vehicle had.  Lieberman replied “it’s a brand new engine,” while he demonstrated the audio capability of the car’s booming Pioneer sound system.  Lieberman walked over to the couple’s table for a continued conversation about the two reality shows while Ochocinco became even more curious about the car. 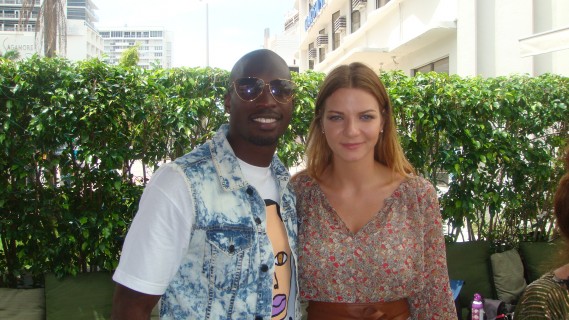 Ochocinco’s interest in buying the vehicle became more apparent when he Tweeted a photo of the car to his followers, asking them how much the car would be valued at .