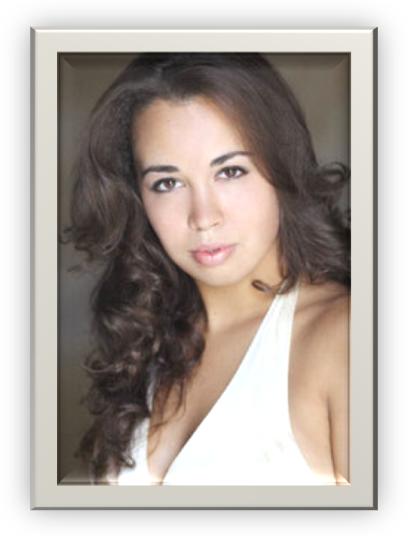 “It has always been an important part of FGO’s mission to foster and further young talent in South Florida. We have a long and proud history of showcasing promising artists at the dawn of their careers and it is our honor to do so once again with such a fresh, yet refined voice as Nadine Sierra,” said Bob Heuer, FGO’s General Director and CEO.

The rising 23-year-old soprano debuted with Boston Lyric Opera last season in what the Boston Globe called “a beguiling Tytania” in A Midsummer Night’s Dream. She later returned to Palm Beach Opera as Euridice in Orfeo ed Euridice with “a bright, weighted instrument [bringing] effortless personality to the stage…” according to South Florida Classical Review.

Closing the Sunday Afternoons of Music Series this past June, Sierra performed a recital at the University of Miami’s Gusman Hall, which yielded repeated standing ovations.

South Florida Classical Review described her performance as a “creamy soprano voice… gleamed and weighted, rich and full through its range, used with an agility and theatrical sensibility that brought arias to life.” It was at this recital that she announced her upcoming debut at La Scala in Milan, Italy, as Nanetta in Verdi’s Falstaff, realizing a life-long dream that began at the age of 10 with a VHS recording of the Metropolitan Opera’s Madame Butterfly.

“I wanted to create that kind of magic on stage. There is so much beauty and pain that goes into performing … you touch people’s hearts with this glorious music, [but] you also leave a part of yourself behind,” said Sierra in an interview with Uptempo Magazine.

Sierra began her operatic training at 14 years of age, when she joined Palm Beach Opera’s young artist program, making her debut as the Sandman in Humperdinck’s Hansel and Gretel. She continued her education at the Mannes College of Music in New York and Music Academy of the West, becoming the youngest person to receive the Marilyn Home Foundation Award.

She has been gaining international acclaim since she came out on top of the 2009 Metropolitan Opera National Council Auditions and won first prize in the junior division of the Young Patronesses of the Opera/Florida Grand Opera Voice Competition. We proudly welcome Ms. Sierra to the FGO family and look forward to riveting performances of Rigoletto next year.

Verdi’s Rigoletto, last seen at FGO in 2006, is one of the most dramatic and compelling works ever created for the operatic stage.  It is the story of a court jester who enables the Duke’s philandering and mocks the husbands and fathers of the victims.  When he finds his own daughter, whom he has kept a well hidden secret, to be the Duke’s newest victim, he tries to repay evil with evil, and it goes horribly wrong.

Joining Sierra in this production will be baritone Mark Walters in the title role and American tenor Michael Fabiano as the Duke of Mantua. FGO Resident Conductor Andrew Bisantz, who’s recent Tosca for Boston Lyric Opera was highly praised, will conduct the production, directed by former FGO Young Artist Jeff Buchman.  It is sung in Italian with English and Spanish projected translations.