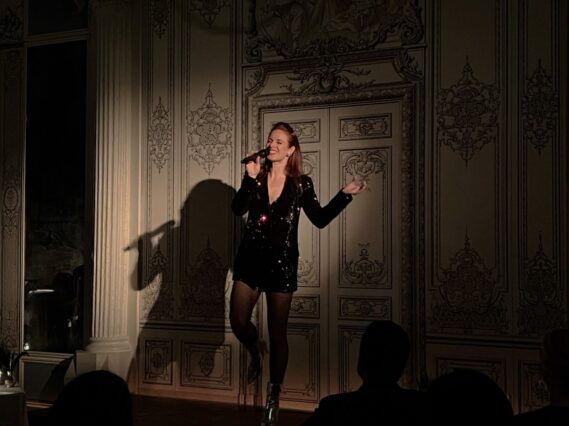 Teal, who has starred on Broadway in The Cher Show, Finding Neverland and Wicked, gave a sensational performance with an array of songs accompanied by the Bowery Quartet. She was joined on stage by special guests Jackie Burns (Wicked, Hair, If/Then) and Dee Roscioli (The Cher Show, Fiddler on the Roof, Wicked). The evening also featured special performances by aerialist Sylvana Tapia and burlesque star, Pearls Daily.

Abingdon Theatre Company was formed in 1993 by a group of theatre artists, eager for ongoing collaboration and greater control over their creative lives. Now, over 25 years later Abingdon has collaborated with over 200 playwrights including Tony Award Winner, V (Formerly Eve Ensler), Philip Dawkins, David Greenspan, Anne Bogart, James Lecesne, Michael Weller, Dominque Fishback, Charles Mee and many more. In recent years their annual galas have honored artists such as Bebe Neuwirth, Donna Murphy and Andrew Lippa. Recent productions include the New York Premieres of both Fruit Trilogy and The Gentleman Caller and the critically acclaimed Drama Desk Nominee, Get On Your Knees. The company provides a safe home where playwrights, directors and actors can collaborate within a supportive and nurturing environment. They search for stories about the human experience that reflect our social, political, historical and cultural diversity. They are acutely aware of the theatre’s power to unite disparate population groups through stories about common human interests and strive to shed light on a variety of perspectives.